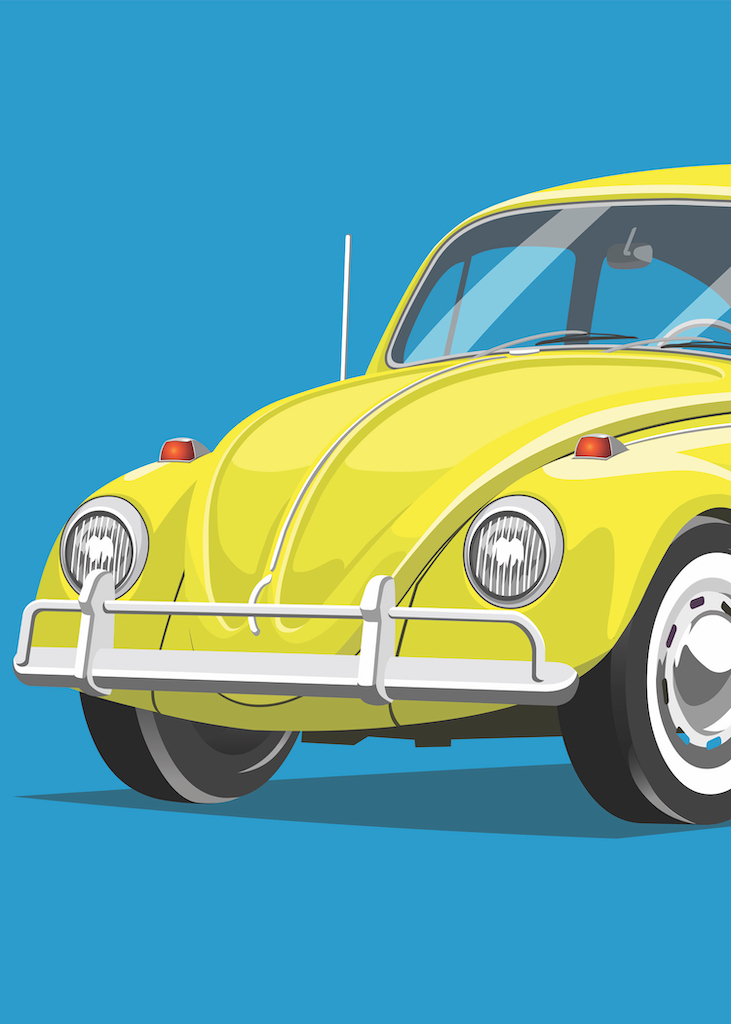 Dads, duds, and dealerships: My unexpected epiphany on the nature of fatherhood and breaking the cycle of buying crappy first cars

Dreamstime Images
I wasn’t expecting to have an epiphany about the nature of fatherhood while pushing a 2005 Volkswagen Beetle out of a stranger’s driveway in rural North Charleston, but when does one expect epiphanies, anyway? My particular paternal epiphany came about as I was test driving said Beetle to determine whether it was safe enough for […]

I wasn’t expecting to have an epiphany about the nature of fatherhood while pushing a 2005 Volkswagen Beetle out of a stranger’s driveway in rural North Charleston, but when does one expect epiphanies, anyway?

My particular paternal epiphany came about as I was test driving said Beetle to determine whether it was safe enough for my baby girl. It was a cool car, no doubt. Powder blue, her favorite color. Jet black convertible top. Little vase by the steering wheel for a flower. The whole Bug experience. She loved it at first sight.

Me, I wasn’t so sure. And that’s where I had my epiphany.

My dad was a very smart guy; I want to lead with that. Ivy League-educated, successful in business, handy around the house, etc. etc. But he had a remarkable blind spot when it came to buying cars for his kids. For some reason, he wanted us all to have cool cars, no matter how many red flags he encountered along the way. It could have blood stains in the trunk and raccoons living in the engine block, but if it had a T-top, it was at least worth kicking the tires.

My brother Rob’s first car was an MG Midget, an incredibly cool convertible that was designed to leak oil and sound like a lawn mower while running, in keeping with British tradition. My brother Bryan’s first car was a Ford Mustang, manufactured during a very depressing time in Detroit history when hatchbacks and cheese-grater hubcaps were all the rage. I’ll just say that when it finally caught fire, we all considered it a mercy killing.

Despite two different cool cars turning out to be shiny automotive turds, my dad was still determined to put me in a cool car for my first ride. And so I became the owner of a Ford Thunderbird for several years, or at least a collection of parts that vaguely resembled a Ford Thunderbird. Sure, the windows fell out a few times and it was prone to stalling. And yeah, the A/C didn’t really work that well after the alternator disintegrated. But it was a cool car.

He could have put us all in safe, dependable boring cars like a Toyota Ambien or a Honda Lunesta. They would have run as expected, kept most of their fluids where they are supposed to be, and not spontaneously exploded at times. But they wouldn’t have been cool cars.

My dad was a smart guy, but it was a lesson he just refused to learn. Pushing that Beetle up that driveway, I realized that sometimes a dad’s job is to not learn some lessons. A dad’s job is to keep trying no matter how many times you fail. If you really want to do something special for your kid, it’s worth looking like a fool a few times until you get it right. Even if it’s something as oddly specific as making sure they have a cool car.

I realized it was time to learn the lessons my father didn’t.

It was heartbreaking, but I had to tell my baby girl that her dream car was a nightmare waiting to happen. Fortunately, my daughter is smarter than my dad and me put together, and she had already reached that realization—especially when the door fell apart as she was trying to let me back in the car.

We managed to get that Beetle back to the dealership. And wouldn’t you know it, just up the road we found another Beetle. It wasn’t her favorite color. It wasn’t a convertible. But somehow, despite being in the price range of a freelance writer for regional lifestyle publications, it only had 15,000 miles. And it handled the test drive like a champ.

It wasn’t her dream car, but it’s a pretty cool car.

My dad would have found a reason to get her into that first car, despite its faults. Because it was the car she wanted. It was her dream car.

I got a random email from a producer in New York City on April 19, 2022. It said, “Hello. I’m with NBC’s TODAY show, and I’m looking into doing an upcoming story on the sea turtles of Hilton Head ahead of the nesting season. We’d be interested in speaking with someone...

END_OF_DOCUMENT_TOKEN_TO_BE_REPLACED

Think for a moment about the word family and what it means to you. Maybe to you family means the group of people you can sit down for a meal with and feel like wherever you are, that’s your home. Maybe your vision of family is a group that you have more in common with...

END_OF_DOCUMENT_TOKEN_TO_BE_REPLACED

That is a Big Deal: How a little podcast about some notorious Lowcountry residents became one of the biggest things streaming.

It’s hard to believe it’s been just under a year, but so it was that on June 7, 2021, Paul and Maggie Murdaugh were found dead. The layers of intrigue, scandal and deception that have been peeled away from this story since it broke have done so on a national stage,...