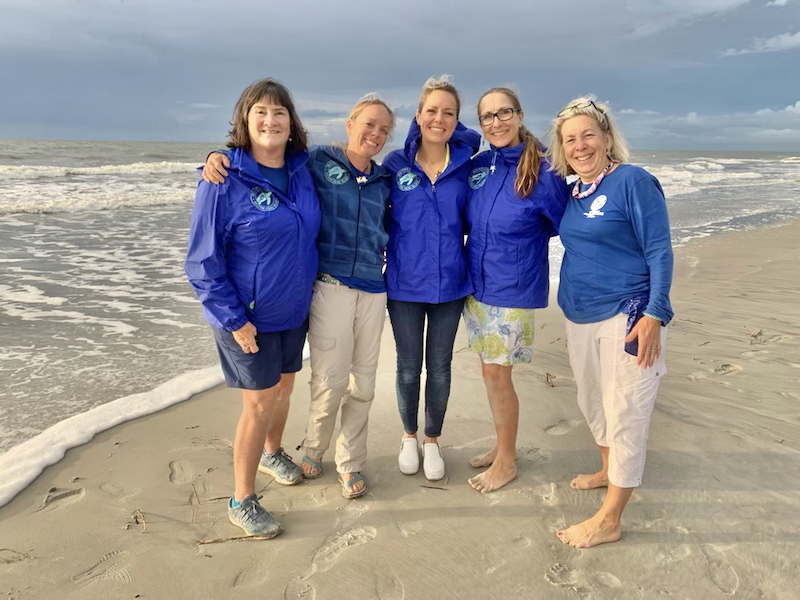 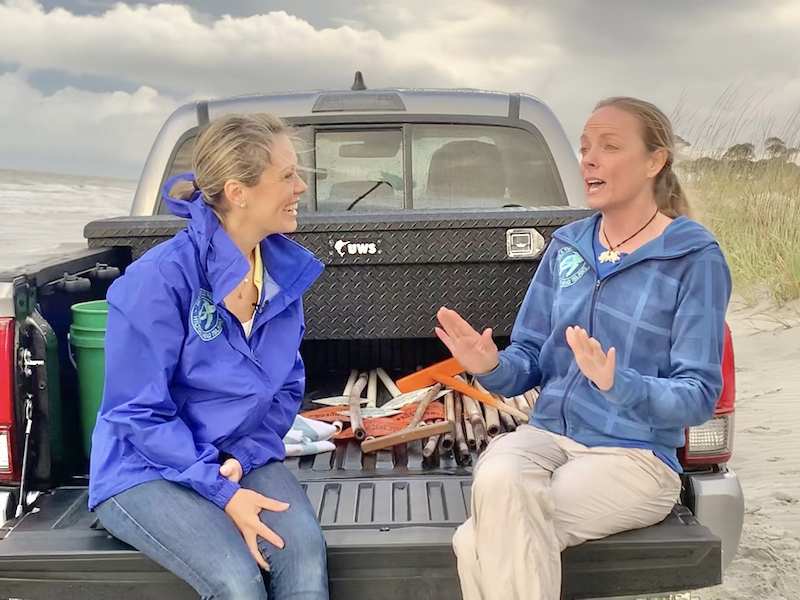 I got a random email from a producer in New York City on April 19, 2022. It said, “Hello. I’m with NBC’s TODAY show, and I’m looking into doing an upcoming story on the sea turtles of Hilton Head ahead of the nesting season. We’d be interested in speaking with someone from Sea Turtle Patrol about the turtles’ presence on the island, the local regulations and volunteer efforts to help protect them, and potentially shooting some of the best visuals associated with all of this. If there’s anyone I could speak with about a potential shoot in early May, that would be wonderful. Thanks, and hope this is something that could work out!”

My interpretation of this email suggested that a national syndicate wanted to do a special on the sea turtles of Hilton Head Island. Finally, our hard work had paid off!

My response was a definite YES! I didn’t know that the Today Show had a 3rd Hour and that Hilton Head Island (not just the sea turtle program) was being featured. Those of you who know me also know that I could fill an NBC spot for several hours when speaking on sea turtle biology and conservation. However, those hopes and dreams were dashed when the Chamber of Commerce called to inform me that a production crew planned to visit Hilton Head to highlight the island as a vacation destination. My first thought was, oh well, at least I knew about it first.

Ultimately, Sea Turtle Patrol HHI was included in the live broadcast on Friday May 20 for an action-packed three minutes. We were so humbled and very honored to be a part of it.

We filmed the Sea Turtle Patrol segment on the morning of Friday, May 13 with anchor Dylan Dreyer, an NBC producer, a sound guy, and two camera men. It was 5 a.m. and raining, but sea turtle patrol monitors the beach rain or shine. We picked the crew up at the Westin, the closest hotel to ground zero—the Sea Turtle Patrol tent situated in the Islander’s Beach Park parking lot. We took three trucks onto the beach. One was just for camera equipment and the rest carried the NBC crew, and four members of Sea Turtle Patrol. We entered the beach on the south side of the Folly to start looking for sea turtle tracks.

Although we do this every morning annually, beginning May 1 through October until the last nest hatches, the anticipation was amplified. It was the beginning of the nesting season, and nests were trickling in. The crew had limited time, and we could not guarantee that we would see a nest on 14 miles of beach. 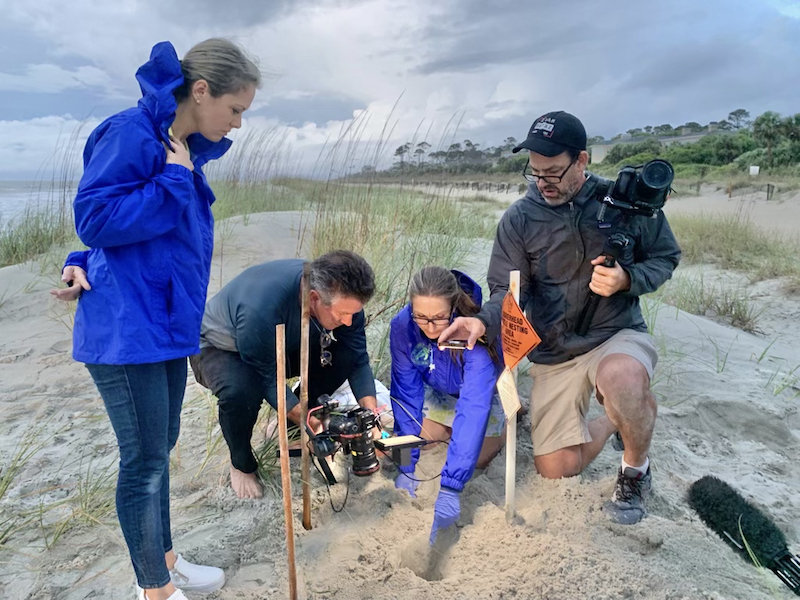 We identified the track almost immediately. It was nest number five of the season. At first glance, I could tell that the track was a little larger than normal and that the flipper marks were synchronized instead of alternating. Could it be that a green sea turtle had emerged to lay her eggs? What a special visit from this species that rarely nests on Hilton Head Island.

We were excited but at the same time intimidated and skeptical. Both Kym (Castillo) and I have been monitoring sea turtle nesting beaches for over 20 years, and we both immediately sensed that the track could be from a green sea turtle. We won’t know for sure until we receive the DNA analysis confirmation at the end of the season.

We were skeptical because of the rarity but intimidated because this species is larger than the loggerhead and will deposit her eggs much deeper. It can be difficult to find the egg chamber that is not only deep, but also found within an area that is less than a foot in diameter within a body pit that could be approximately six feet in diameter.

Although it was still drizzling, the filming began, and we started searching for the egg chamber on top of the dune; then the bottom dropped out and the camera men called it. They all bolted into the trucks. I was impressed that the sound guy had a raincoat for his sound board that was strapped to his chest. Thousands of dollars of camera equipment was quickly jettisoned into the trucks first, and then the crew hopped into the closest vehicle. Turtle Patrol did the same with fingers crossed that the rain would let up. Normally, we would have kept on going. The rain subsided after about 10 minutes, and we went to work.

Kym found the egg chamber right away and removed one egg from the nest to sample the maternal DNA on the outside of the eggshell. When this egg was brought up from the egg chamber, all the city slickers gasped with awe!

Dylan Dreyer: “Oh my gossssh! Oh wowww. This is so special it makes me feel like (pause) proud.”

We decided that the nesting sea turtle had picked a good spot, elevated on the dune, so we marked the nest “in situ.” Then the interviews commenced.

The makeup I had awkwardly applied that morning was pointless the moment I stepped out into the drizzling rain to direct the vehicles. It was so easy to speak with Dylan Dreyer. She is sweet and sincerely interested in our mission. We spoke about the importance of sea turtles worldwide, a keystone species, and their amazing ability to instinctually navigate the ocean to find their way back to our coast. It was a privileged experience for all the humans involved. The magnificence of a sea turtle is inspiring.