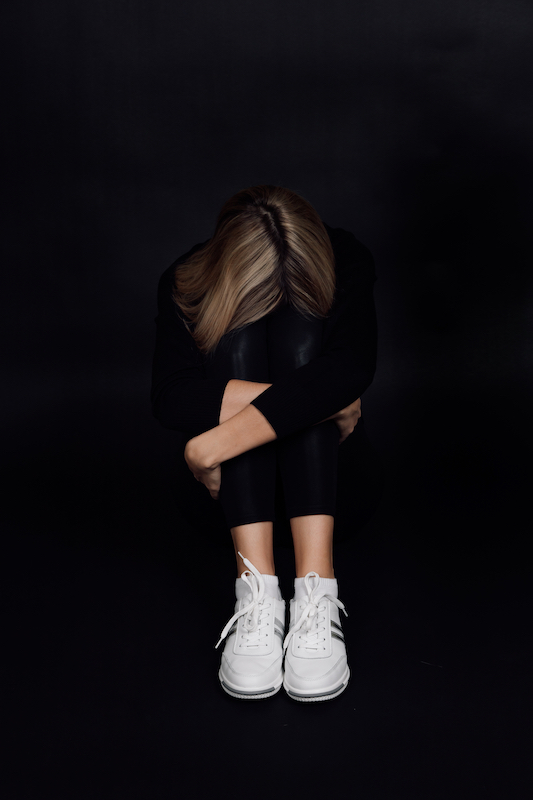 If you haven’t already heard, Merriam-Webster named gaslighting 2022’s word of the year, and with good reason. The term gaslighting has made its way into pop culture, sparking a 1740% increase in lookups last year. I’ll admit, I find humor in the irony that facts dictate who wins the coveted title, while the act of […]

If you haven’t already heard, Merriam-Webster named gaslighting 2022’s word of the year, and with good reason. The term gaslighting has made its way into pop culture, sparking a 1740% increase in lookups last year. I’ll admit, I find humor in the irony that facts dictate who wins the coveted title, while the act of gaslighting has nothing to do with truth.

According to Merriam-Webster, gaslighting is “the act or practice of grossly misleading someone, especially for one’s own advantage.” It’s a slow and methodical process. The person being gaslit begins to doubt their perceptions, experiences, truth, memories, or understanding of events and feels like they’re going crazy. So that there’s no confusion, gaslighting is a form of abuse.

The term “catching fleas” is often used to describe how gaslighters learn their abusive behaviors within their families (You know, “if you lie down with dogs, you get fleas”). Gaslighting also frequently occurs in people with diagnosable personality disorders, like narcissistic or borderline personality disorder.

Historically, gaslighting has an interesting origin. In 1938, the play Gas Light, by Patrick Hamilton debuted. It takes place circa 1880 in London and revolves around the lead characters, Jack and his wife Bella.

Jack purposely causes the gas lights in the house to dim and brighten. When Bella calls attention to the phenomenon, Jack denies it happened. Dimming and brightening of the lights, odd noises, missing objects, and other happenings continue to occur. Each time Bella notices, Jack denies it ever happened.

A gaslighter’s use of denial is key to their manipulation. A gaslighter’s stance is, “It isn’t me. It’s you.” There’s a lot of intentional lying and twisting of the truth. And if you catch them, they’re not backing down. Instead, a gaslighter will either double down on the lie or make it seem like you’re the one lying, it never happened, or you’re making things up. The gaslighter then claims to be the victim of your offenses, and you usually end up apologizing for something you haven’t done. All this turning, twisting, and rewriting of the facts can happen in seconds.

Or it was all a big misunderstanding. “I was just joking. Can’t you take a joke?” Either way, your experience is invalidated. And over time, you’ll begin to doubt yourself and your reality.

Gaslighters are not above using compassion to hook you into a relationship. In the beginning, they will immediately express their unrelenting fondness or even love for you. You’ll hear you’re the best person they’ve ever dated, their favorite child, co-worker, or employee. A lot of intensity right away (referred to as love bombing).

Gaslighters also want to learn a lot about you. They’ll often divulge vulnerable information about themselves, maybe even overshare, hoping you’ll do the same. On the surface, this may sound amazing. Finally, you’ve met that special someone who shares their feelings and wants to know you on a deeper level.

But you haven’t. The unfortunate truth is that gaslighters don’t really care. They’re looking for information they can use against you later. The manipulation of your vulnerability can show up through triangulation. The gaslighter will speak through other people rather than directly to you or by driving a wedge between you and loved ones (called splitting). Because you have no one else to turn to and can’t trust yourself, slowly, you begin to rely solely on the gaslighter to make all the decisions.

As your relationship progresses, the gaslighter will continue to undermine your perception of reality. You will second-guess everything: yourself, memories, recent events, perceptions, and other people. You’ll often feel like there’s something wrong with you, that you’re losing your mind, or at minimum, dazed and confused. You’ll feel like you’re to blame or too sensitive, making too big of a deal out of nothing.

Your subjective experience is continually ignored or belittled while your feelings are minimized. “Why are you so sensitive? You know that’s not what I meant. Stop overreacting; it was nothing? Geesh.” Or, my personal favorites, “Why are you making a big deal out of nothing,” “Stop being so emotional,” and “Well, I’m just a bad parent.”

Validation and acknowledgment are out the window. You lose a piece of yourself. And you don’t want to tell others because there’s shame and guilt when you’re blaming yourself.

As with any cycle of abuse, the gaslighter will also drop breadcrumbs of niceties (albeit conditional) to ensure you don’t leave. They’ll also begin to “hoover” (yes, as in the vacuum cleaner) when they feel like you’re withdrawing. Hoovering is finding ways to lure you back or suck you into their lives. There are a variety of tactics: giving compliments, gift-giving, making promises to change their behavior, or trying to smear your reputation.

It’s understandable to think, “Oh, there’s no way I would fall for that.” Or “There’s no way I would stay in that situation.” But gaslighting is a slow and insidious burn with just enough kernels of love to keep you on the hook. The slow and sneaky progression is why it can be challenging to spot and easy to become a victim.

Removing yourself from a gaslighter is challenging, especially when your self-esteem is shattered, and you believe the gaslighter is the only one who gets you or resolves your problems. It’s even more challenging if it’s a parent or a boss.

So, what do you do if you can’t leave? Try one or more of the following:

The “grey rock” method. To do this, be as uninteresting and unrewarding as possible when interacting with the gaslighter. For example, give short, straightforward answers without a hint of emotional or facial reaction. Often your lack of attention causes the gaslighter to become bored and voluntarily move on or leave—at least temporarily.

Keep notes & take photos. Get to know your truth through fact-finding. Begin to keep notes and take photos. These acts will give you a better idea of what you’re experiencing. For example, if you have a picture of where you left your keys, you’ll have a point of reference if they’re suddenly missing.

Talk to a trusted friend or therapist to help you keep your perspective. Also, you can consult a domestic violence facility to help craft a plan to leave an abusive relationship.

Set boundaries. To protect your mental and emotional health, set boundaries with the gaslighter. Side note: You’ll need to be ready to enforce your boundaries constantly and consistently.

Leave. If you’re able, cut all ties with the gaslighter and do not look back. Leaving is also when gaslighters attempt master-level hoovering and send forth the “flying monkeys.” Like in The Wizard of Oz, these monkeys (aka people) will report back to the witch (aka gaslighter) with your comments, whereabouts, etc. Whatever they need to gain the upper hand and lure you back into the relationship.

Now that you know a little about gaslighting, how to spot it, and how to start helping yourself, let me introduce you to three common misconceptions:

Gaslighting isn’t a new phenomenon. However, with its place now firmly seated in pop culture, it’s beginning to receive the attention it deserves. If you or someone you know fear you’re the victim of gaslighting, reach out to a therapist or a domestic abuse center for help.

Sheila Tucker is a licensed marriage and family therapist and founder of Heart Mind & Soul Counseling. She specializes in working with couples and individuals to strengthen their relationships so they can connect more deeply to themselves and each other. When not in the office, you’ll find her walking her pups or planning her next vacation with her husband.

END_OF_DOCUMENT_TOKEN_TO_BE_REPLACED

Coping with Stress When You Can’t Change the Situation

“The more you try to control everything around you, the more anxious you’ll be.” Sage words from the therapist I saw in college, and I wasn’t having any of it. It was a cold-water-to-the-face moment. Was he suggesting that I give up? If I don’t try to control my...