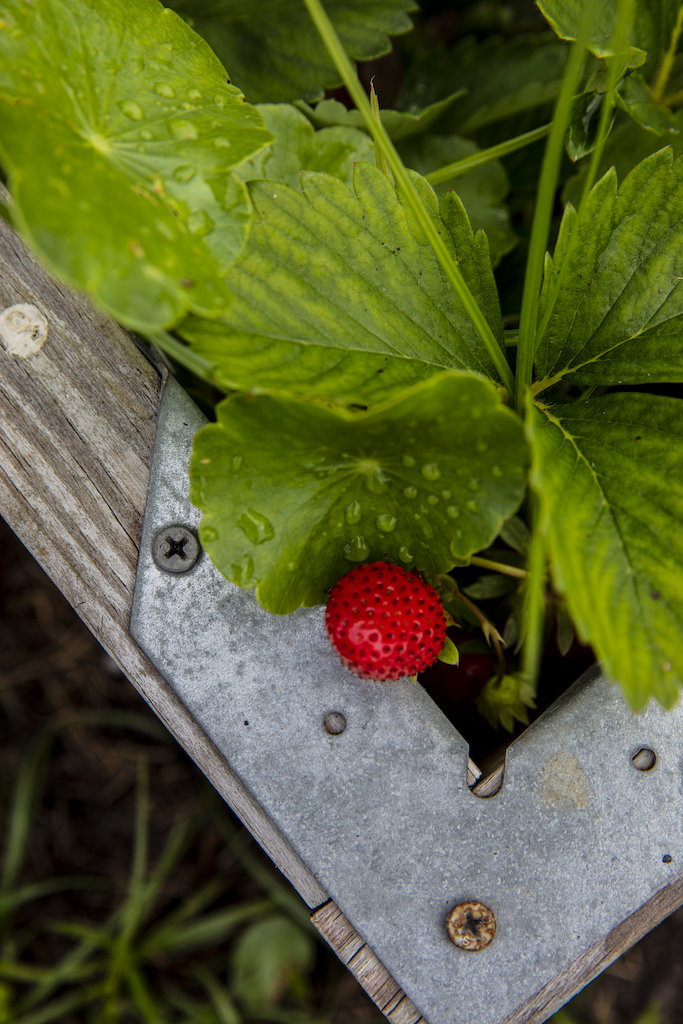 M.KAT Photography
Trends and plants are both perennial things. They blossom and mature, are harvested, and then lay dormant until the season returns. 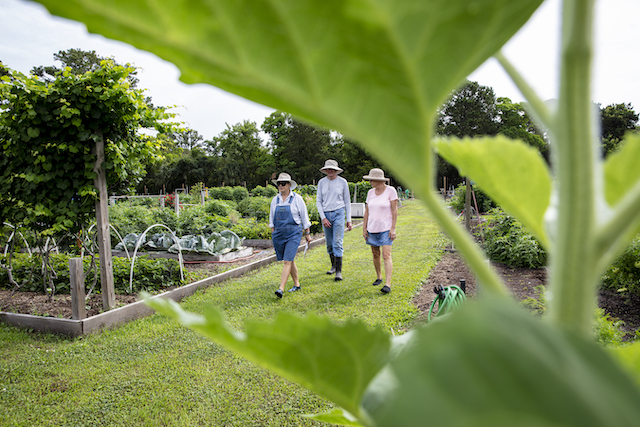 Dan Strauss, Cathy Thomas and Sheryl Holdren take CH2’s Barry Kaufman and Maggie Washo on a tour of Heritage Farms in Sea Pines. The community garden is located across from Lawton Stables off of Greenwood Drive.

As far as trends go, odds are good each of us has memories of sporting a pair of bell bottoms in our youth. The only question is whether your youth took place in the ’70s disco heyday of bellbottoms, the ’90s post-grunge bellbottom renaissance or the mid-aughts bootcut era.

And in this post-COVID era, one trend definitely having a moment is gardening. Housebound and staring down rising food costs from crippled supply lines, Americans of all stripes turned to gardening over the past year as a way to destress, eat healthy and stave off cabin fever.

Sea Pines resident Chris Spado was one such burgeoning gardener when she discovered the Heritage Farm in April of last year. “At first I got put on a waiting list” [to get her plot], Spado said. “When something became available, I was there the next day.” 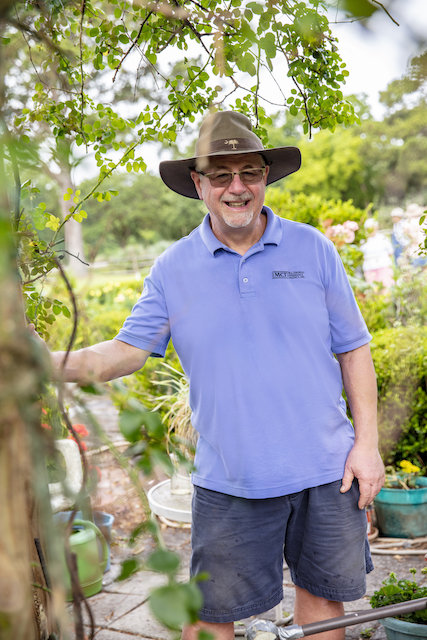 As a member of Heritage Farm, Spado not only maintains her own 20×20 plot, bursting with cucumbers, tomatoes and peppers, she joins a fellowship of dozens of other like-minded gardeners from all over Sea Pines. “It’s been so much fun growing these vegetables and meeting these people,” she said. “We always try to brainstorm together when something isn’t growing right … everybody has good ideas.”

The garden is somewhat of an oddity in Sea Pines. Highly visible to anyone who drives in or out, stretching along the side of Greenwood Drive across from Lawton Stables, it remains an air of mystery to many of the millions who visit Sea Pines every year.

But make no mistake; despite its low-key nature, the garden definitely has its out-of-town-fans. “This is a tourist attraction,” said Mowing Committee chair Matt Thomas. “We have a sign at the gate saying, ‘Don’t pick anything,’ but you’re free to wander around. And when you see kids in here and give them some cherry tomatoes to nibble on, it’s really cool.”

And while gardening is the hot new trend right now, the folks at Heritage Farm have been at it since the mid-1960s. Legend goes that during the early days of his upstart young resort community, Charles Fraser had intended to install a miniature golf course on the eight acres where the garden now stands. Understandable outrage from the community led to tremendous blowback, a petition and eventually to a change in plans. 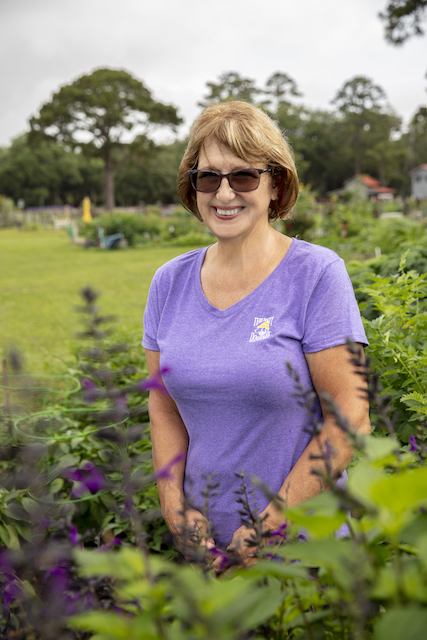 Community Services Associates took over the community garden in the 1980s. While a board of directors and small army of volunteers keep the garden fruitful (and, we suppose, veggieful), CSA pitches in by delivering mulch and fresh compost. As the compost comes from the stables just across the street, it packs an incredible amount of nutrition, which is evident all over the verdant acres of Heritage Farm. Over time, and with each fascinated carful of people who drove by, its membership grew like June cucumbers on a heap of compost.

“We used to have to beg people to come in and take a plot,” said Heritage Farm Association president Katherine Perry. After taking over membership in 2010, Perry doubled the number of rows and began subdividing plots, turning a handful of unwieldy 80×80 plots into four, more manageable 20x20s. “You’d think COVID would have been why this was so big, but we’ve had a waiting list long before then.”

Beyond simply growing for their own needs, members at Heritage Farm regularly donate their bounty to non-profits and organizations across the Lowcountry, including Volunteers in Medicine, Deep Well and Second Helpings as well as churches like Holy Family Catholic Church and St. James the Baptist.

“These are fresh vegetables for people who wouldn’t otherwise get fresh vegetables, said Dan Strauss, co-chair of the committee that oversees the garden’s charity plot. Set aside from the rest, this one plot has managed to grow beans, tomatoes, squash, eggplant, peppers, potatoes, okra and more to feed the hungry throughout Beaufort County. And that’s just the veggies they grow specifically for charity. 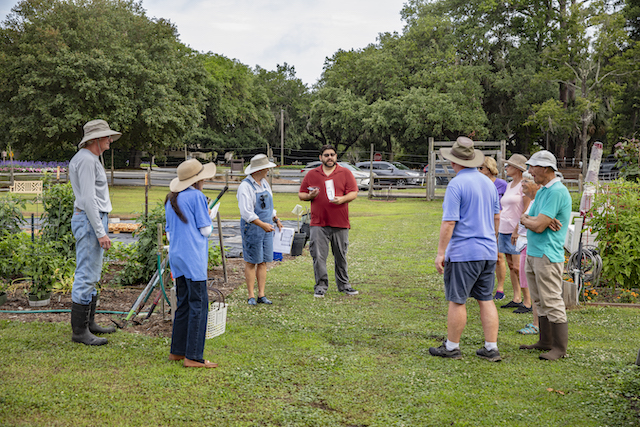 Barry Kaufman meets several of the Heritage Farm gardeners before the tour commences.

“We keep a fridge in the barn and members will just put whatever extras they have in there,” Strauss said. “During the week, Cathy [Thomas, charity plot volunteer] knows that anything in the fridge is good to give away. It’s full now, and I haven’t even harvested yet.”

In fact, as C2’s cameras paid a visit to the garden, a large section of the charity plot had been covered by onions, drying in the sun on palettes to be whisked away to the needy.

“It’s a real labor of love, if you will,” Matt Thomas said.

Like many in this tight-knit community of gardeners, Thomas was drawn to Sea Pines in large part because of the opportunity to share in gardening. A native of Ohio, he’d always maintained a garden of flowers and vegetables and wanted to keep his thumb green after being transplanted to Southern soil. “When we first came down here, I told my Realtor anywhere but Sea Pines,” he said with a laugh. “She couldn’t understand why, but I just thought, too many tourists, too much traffic. But then we toured the garden … and here we are.” 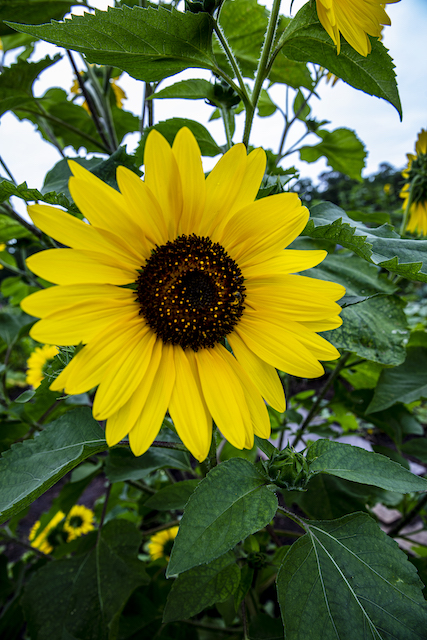 Touring the gardens with the members, you get a taste of how everyone here helps everyone else. Walking beneath the shade of a fig tree planted sometime in the early ’80s, you’ll hear about the rookie mistakes most first-timers make.

“A lot of people here try corn once. I did, too,” Strauss said. “But between the birds and the raccoons…”

“Asparagus is the other thing everyone tries,” member Doo Weidman said. “It just doesn’t get cold enough.”

You also hear about the unusual plants some members have tried growing. One year someone grew cotton. Another member recently had a bumper crop of loofas. A few banana plants and raised arbors of muscadine grapes peek out from among the tomato and pepper plants.

But perhaps the most bountiful crop of all is the sense of community this unique garden fosters. “You make great friendships down here,” Perry said.
Heritage Farm is, in fact, open to the public if you want to stroll the beds and see for yourself how the hottest trend has been a part of Sea Pines since the beginning. 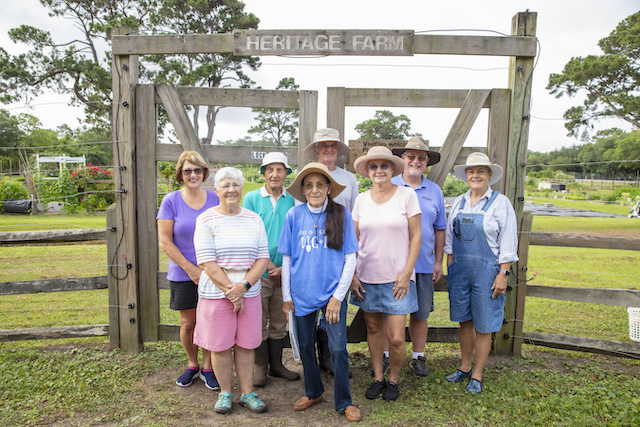