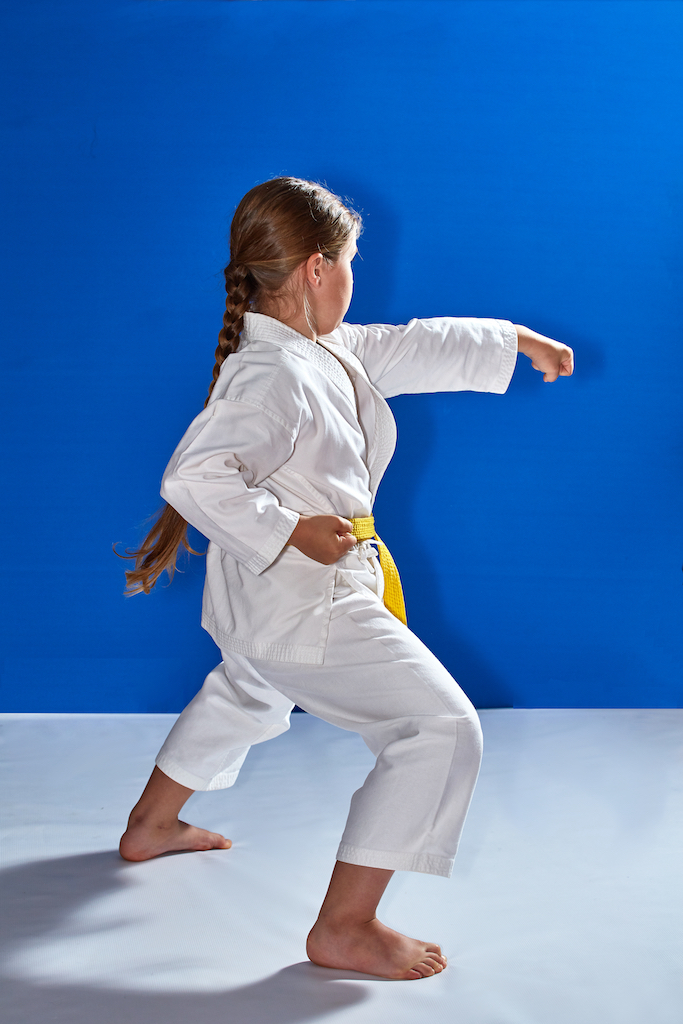 Why Jiu-Jitsu is for You (and your daughter)

Dreamstime
When you read national statistics about violence and sexual crimes against women, it is like a punch to the gut. According to the National Sexual Violence Resource Center, in a 2018 report, studies found that one in five women in the United States experienced completed or attempted rape during their lifetime; 81 percent of women (43 percent of men) reported experiencing some form of sexual harassment and/or assault in their lifetime; and one in three female victims of completed or attempted rape experienced it for the first time between the ages of 11 and 17.

(Note: Due to COVID and a rise in domestic violence, many of these statistics are expected to increase.) For me, these statistics hit home. I have three daughters all under the age of 14, and one has already experienced a traumatizing form of sexual misconduct.

This doesn’t mean women (and men) cannot fight back—especially with their mind—by learning a martial art that began with Buddhist monks and derives from the Japanese “Jū” meaning “gentle” and “Jutsu” meaning “art,” to form jiu-jitsu, the “gentle art.”

“If you ever have to use the physical techniques in jiu-jitsu, then probably something went really wrong. Jiu-jitsu is 90-percent mental,” May River BJJ owner John Kirkland said.

Kirkland then explained that jiu-jitsu is not simply a form of self-defense but a lifestyle. “I do not want to give people a false sense of security and have them think that if they take a few weeks of instruction they are safe from harm,” he said. He believes that with practice (at least two times a week), beginners can progress through the different levels of jiu-jitsu and learn key concepts and a sense of confidence both in themselves and in the movements. “You learn control of yourself and your environment. It doesn’t matter who is bigger or smaller, faster or slower, you learn how to problem solve. And you learn to control your ego versus letting your ego control you.”

In turn, according to Kirkland, you begin to be mindful and compassionate as you start to look objectively at why and how you, as well as other people, react to different situations. “As you progress, you become more and more in control of emotions and impulses in the sport and in real life.” The true life-saving side effect of learning jiu-jitsu, Kirkland pointed out, is “thoughtfulness and understanding risky behavior.”

“Because of the world we live in, this is especially important for younger women and girls,” said Laura Fromdahl, who began learning jiu-jitsu 10 years ago and trains at Gracie Jiu-Jitsu. “They need to be in control of their own body and situation.” Fromdahl’s initial interest in the sport was safety-oriented. “I like to run by myself, and a few friends I knew had been grabbed but not attacked.” Now she says she enjoys jiu-jitsu because it helps with mental acuity. “It’s like playing chess!”

Fromdahl then discussed some misconceptions about women and jiu-jitsu. “You don’t have to come into it super fit or have an athletic background. You just have to have a desire to learn and not quit,” she said. “As the saying goes, ‘every black belt is just a white belt that didn’t quit.’ Also, it is about fighting from the ground up and using your opponents’ size and energy against them. It’s about using leverage not strength. It really is an ideal sport for women.”

Both Kirkland and Fromdahl admit that people, especially women, often experience an awkward transition when learning jiu-jitsu. “First of all, you wear a gi, a thick protective outfit that makes you feel like the Pillsbury Dough Boy,” Fromdahl joked. Also, once you get to the grappling stage of your training (which Fromdahl says could take up to a year), you will need to get accustomed to closely interacting with another person. “It’s not intimate but it’s tactile. You may need to wrap your leg around someone’s neck.” Fromdahl said she recommends beginners “first watch a few classes, then learn the basic moves and pretty soon you will be kicking ass.

Key Jiu-Jitsu Terms
Base: A strong base means that you have a low center of gravity with your back straight, head up, and wide knees.
Bridge: This move is most often done to “buck off” an opponent in the mount position. To perform a bridge, lay on your back with your feet planted on the mat as close to your butt as possible. From there, push off the mat with your legs to elevate your hips and spine. When this move is done correctly, only the toes and tops of the shoulder should be left touching the mat.
Guard: “Playing guard” refers to any position where you attempt to control your opponent using your ankles, knees, or hips so they do not advance.
Hooks: Hooks refer to the top player’s legs when they are in back control.
Mount: Mounting an opponent involves sitting on their torso with your knees (or one foot and one knee) on the ground facing the opponent’s head.
Roll: This refers to the act of sparring, or grappling, with another student.
Shrimp/Hip Escape: To successfully complete this move, you must first lie on your side on the mat. In one swift motion, lift your hips off the mat using your foot and shoulder. You can then scoot your hips backward by straightening your legs.
Submission: The goal of each match is to get your opponent to submit. This is achieved when one opponent forces another to tap out.
Sweep: A sweep is an attack that puts someone in a weak position into a more dominant position.
Tapping Out: Refers to the act of submitting to an opponent.
Turtle: This is a defensive position that involves tucking in your arms, legs, and head to resemble a turtle hiding in its shell.

END_OF_DOCUMENT_TOKEN_TO_BE_REPLACED

Every sea turtle nesting season has its memorable moments. As my role evolves, I look back on all the seasons that have prepared me for the next. Now that 25 years have passed since my first sea turtle patrol on Hilton Head Island, I feel like I should know what to...