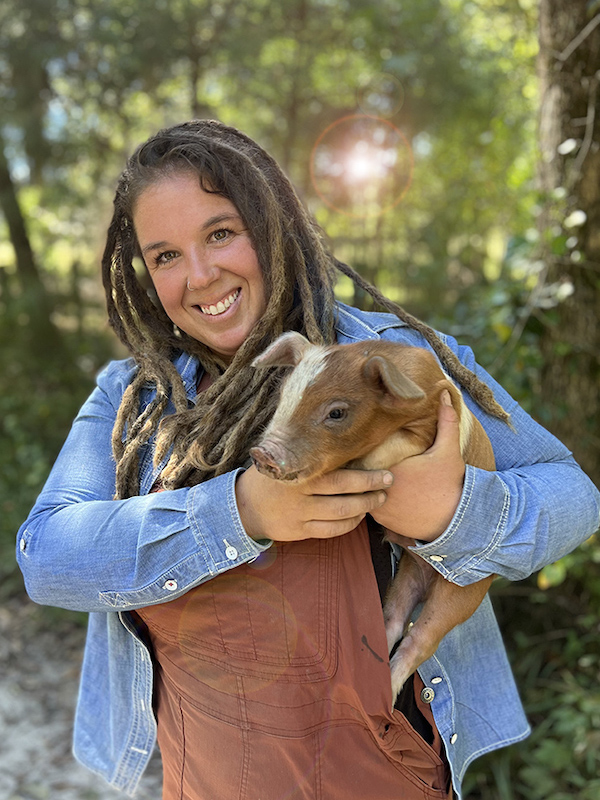 Two Lights, One Stand
How Marissa Paykos and James Young turned a few acres into a new way of looking at farming. 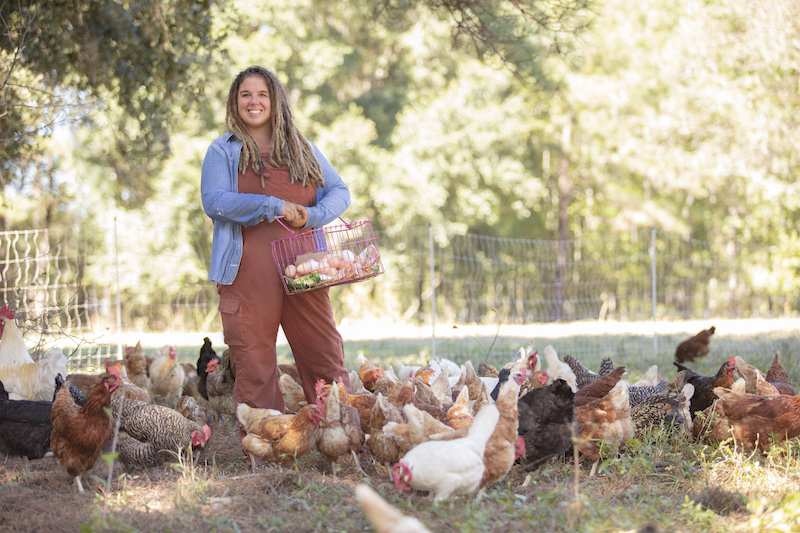 A farmer, by definition, grows things. They put a seed in the ground and monitor its rainfall, its nutrition, the composition of the soil around it, its sunlight and its overall health to ensure a good yield. It’s part faith, part science.

It’s hoping that the clouds overhead will nourish the fields without washing away the topsoil, that the temperature doesn’t shift too much for your harvest, that the creatures of the forest don’t decide to make your crops their snack. But it’s also knowing what to do to give your farm its best chance at bounty, the generational knowledge of what plants work best in what soil, what pH level will foster the hardiest plants, when to sow and when to reap.

A farm grows things, but that growth isn’t always limited to just seeds in the ground. For Whippoorwill Farms, that growth started on a couple of acres and grew to a new way of looking at how we farm, how we feed our communities, and how we care for the earth. 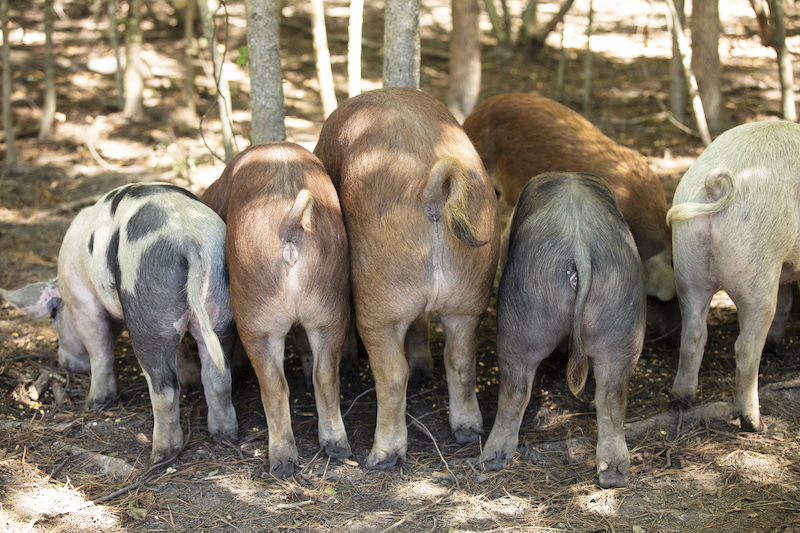 The origins of Whippoorwill Farms can be found in just a 15-minute drive from their vast 50 acres with a two-acre spot that Marissa Paykos and James Young were determined to turn into a farm.

“When we started, we just wanted to know where our food comes from, and we wanted to raise our daughter Ellie to be more of a producer than a consumer,” Paykos said.

That Whippoorwill Farms showed how creative the couple could be in their approach to farming. They not only raised chickens, pigs and crops in a more environmentally friendly way, they sold it in ways that most hadn’t thought of. There were subscription boxes as well as the opportunity for churches and other organizations to purchase produce for the less fortunate.

And with their “Pay What You Can” policy, they showed a true flair for seeing the mission of a farm as being so much more than just growing food. “It’s not just inspiring people to eat better but teaching folks who generationally have been kept out of the loop to eat better and providing them access to better food,” Paykos said.

It was an inspiring story of what two people could do to make a better world when they put their mind to it. It was also just the start of what would become a massive farm that would rewrite the rule book when it came to agriculture.

“We started our farm to provide people with good food, but at that size, we couldn’t make an impact environmentally,” Paykos said. “Our chickens weren’t rotated, and pigs were moved from space to space, but it wasn’t like they were living as part of a forest system…. When we bought this new land, it was perfect.” 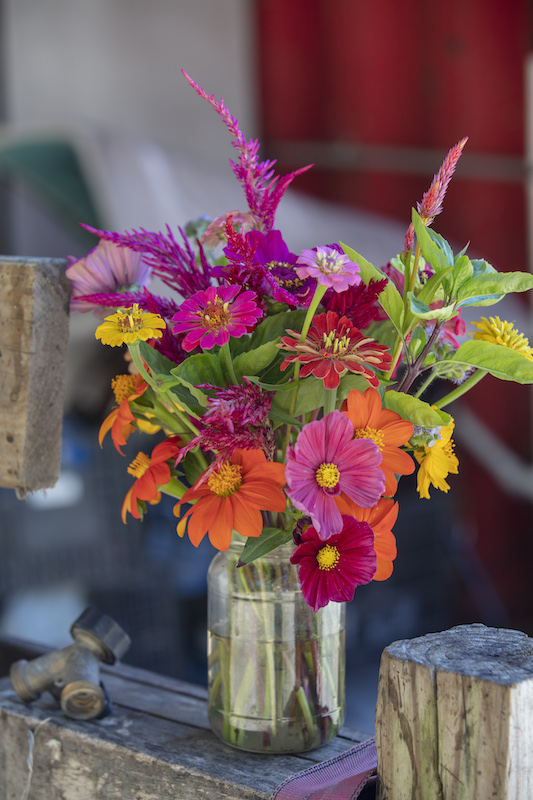 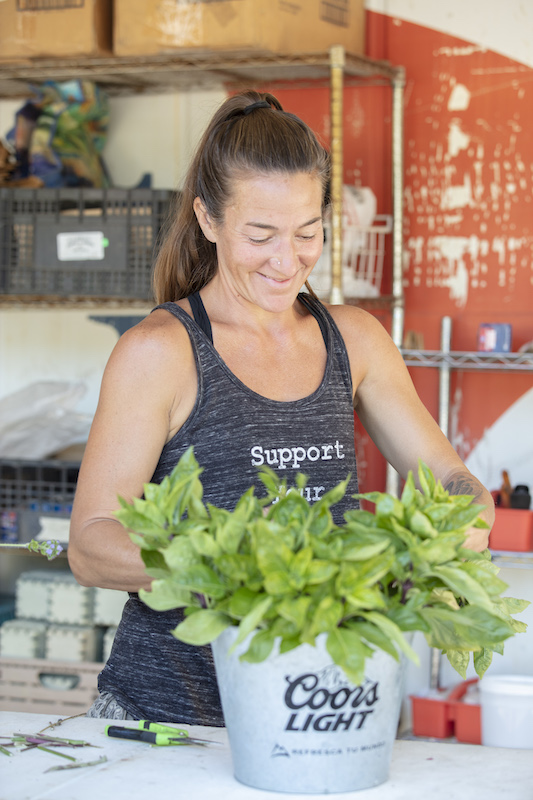 This new land was located not far from Whippoorwill Farms, but at first it was hardly the ideal spot to grow crops, much less pursue a radical new approach to farming.

“It had been clear cut for timber 30 years ago and never replanted, so it came back willy nilly, with no land management and nothing functioning on the forest floor,” Paykos said. “There were animals, but there was nothing thriving.”

Creating a new farm out of this neglected land would give Paykos the opportunity to explore a concept in farming she’d been researching, one that works with the earth’s natural systems to develop land into the ideal spot for farming. Called regenerative farming, it’s now one of the biggest trends sweeping small farms across the country, even if it wasn’t as well-known when she started her research. 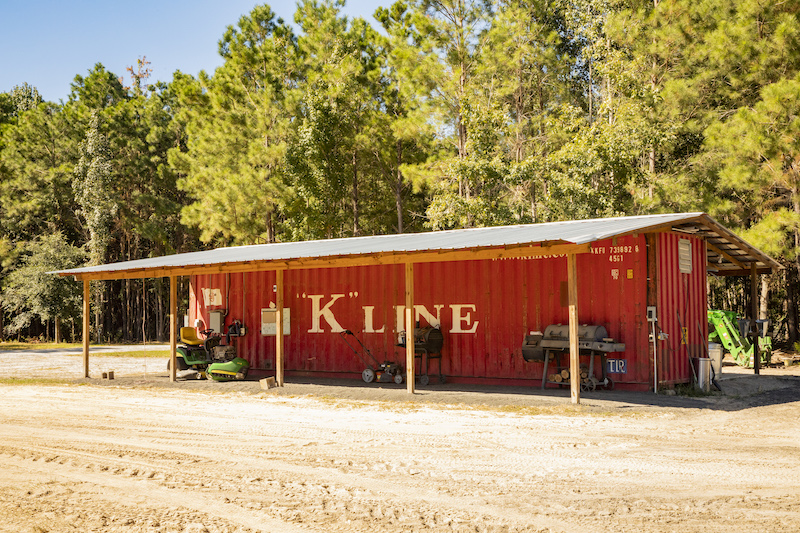 “On our first farm, I’d be able to watch the livestock and how pigs would clear one section out, and you’d just see it come back to life. As I did more research, I spent so much time going down different rabbit holes and reading studies,” she said. “By watching, learning researching and doing, I realized there was a greater purpose than raising food for ourselves and our community. And I told James, ‘I want to bring this forest system back to life.’”

They started just a few acres at a time, unleashing hundreds of pigs on the densely overgrown land and letting them thin out the forest naturally. “They almost work like a controlled burn, clearing out saplings and fostering new growth,” Paykos said. “You could go in with big forestry equipment, but you would ruin so much of what is there in the process. That’s not what we wanted.” 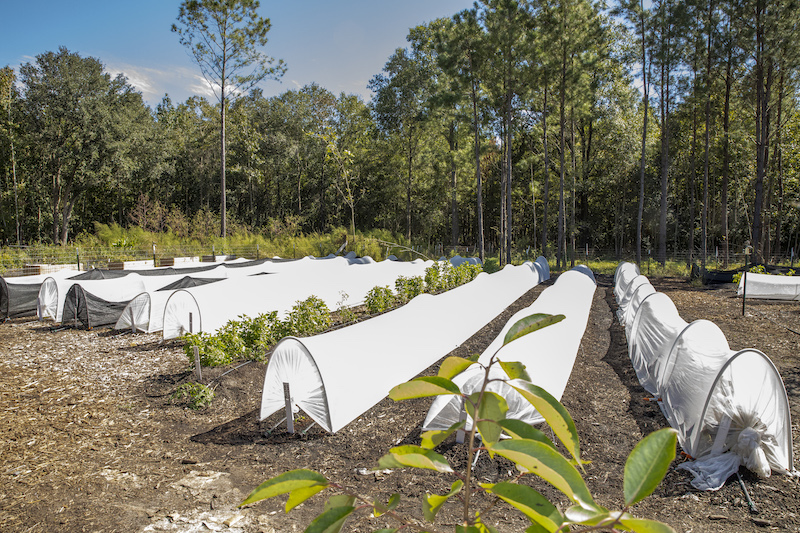 Using porcine power rather than diesel to clear out the land not only spared the earth the carbon blast of so many engines straining to clear the forest, it was also gentler on the soil and on the native animal population. And this approach is a huge part of what sets regenerative farming apart.

“We’ll rotate through chickens and cattle, letting sections rest when you’re not planting, and it allows all the deer, squirrels and even predators to return and coexist with the livestock as the land comes back to life,” Paykos said. “We focus a lot on soil health, permaculture practices, and leaving the environment in a better state than we found it.”

This gentle approach allows more carbon to remain in the soil rather than being emitted into the atmosphere. It calls for a more deliberate approach to planting, bringing in deciduous trees to help with transpiration, live oaks for squirrel-ready acorns, and maple trees to feed pollinators. “At the end of the day, Mother Nature is always going to win,” Paykos said. “This is about taking what we have on these 50 acres and making sure Mother Nature is the engineer here. We’re replicating her methods as much as possible by not impeding on our land’s ability to recover, sustain, and house native animals and plants.” 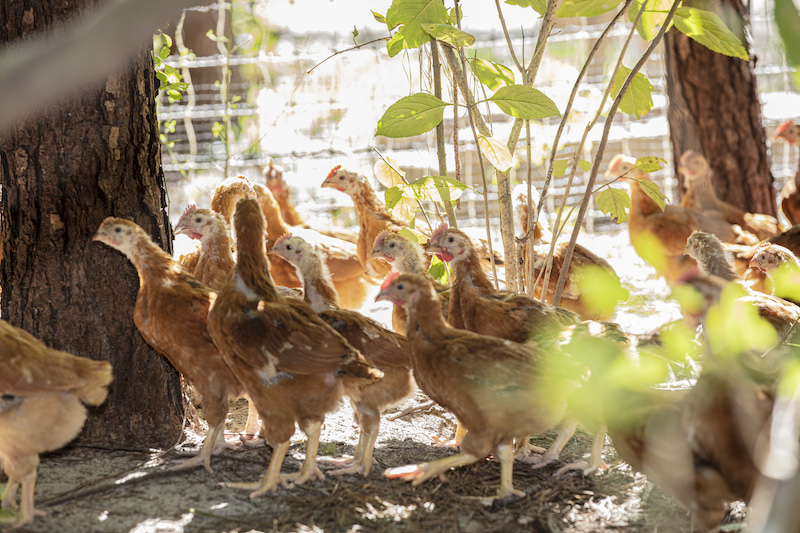 It’s a brilliant, simple way to ensure a farm is sustainable and does more good to the environment than harm. But yes, it can be a little tough on the back.

“It’s super labor intensive. We don’t bring a tractor in; we don’t bring in any tillers, because when these machines break the soil, they change the microorganisms in the soil that feed on things like carbon,” Paykos explained. “Instead, we do everything by hand.”

Turning all the soil by hand will work up an appetite, unless of course it’s on a day when Whippoorwill Farms is spreading the fish carcasses they get weekly from Sea Eagle Seafood. The errant bones and scales pack a punch of calcium and nutrients into the soil, creating tastier tomatoes, cucumbers, zucchini, squash and okra, but there are better things to smell on a hot day than 300 gallons of dead fish. 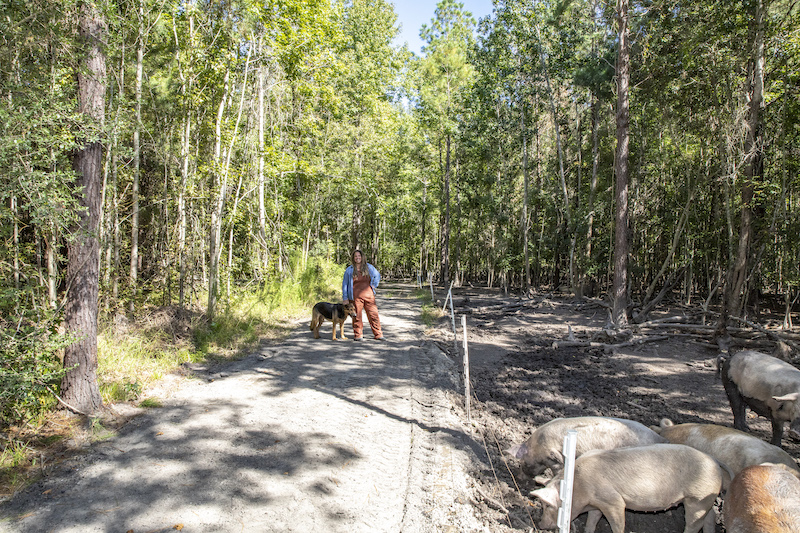 “It was a disgusting job, but we liked it because we were taking this byproduct from the fishing industry and, instead of dumping it into the ocean to use as chum, we were creating something else with it,” Paykos said. “It was rewarding using methods that Native Americans used and getting back to the earth.”

And those methods are just part of a radical approach to farming on display at Whippoorwill Farms, one that is feeding the people of the Lowcountry even as it restores 50 acres of the Lowcountry to its rustic beauty. 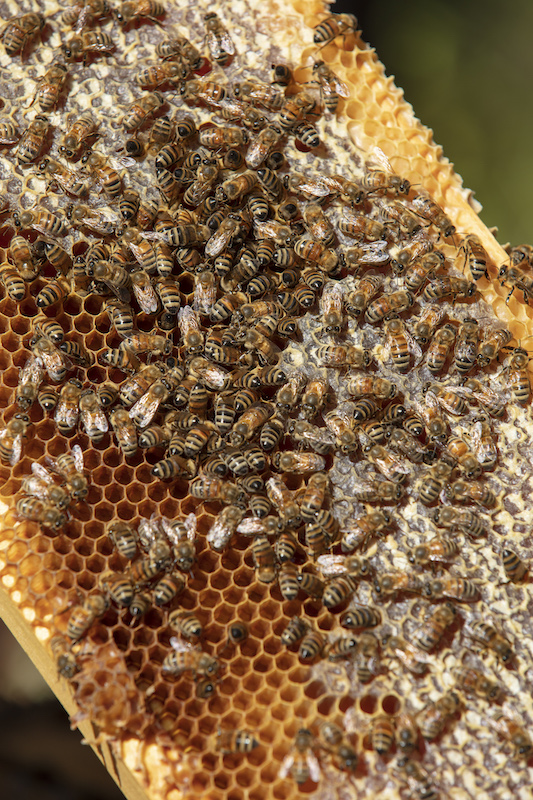 “That’s what permaculture is all about,” Paykos said. “It’s the care of the earth, the community and the soil. We’re all connected. That’s the stuff that gets me excited.”