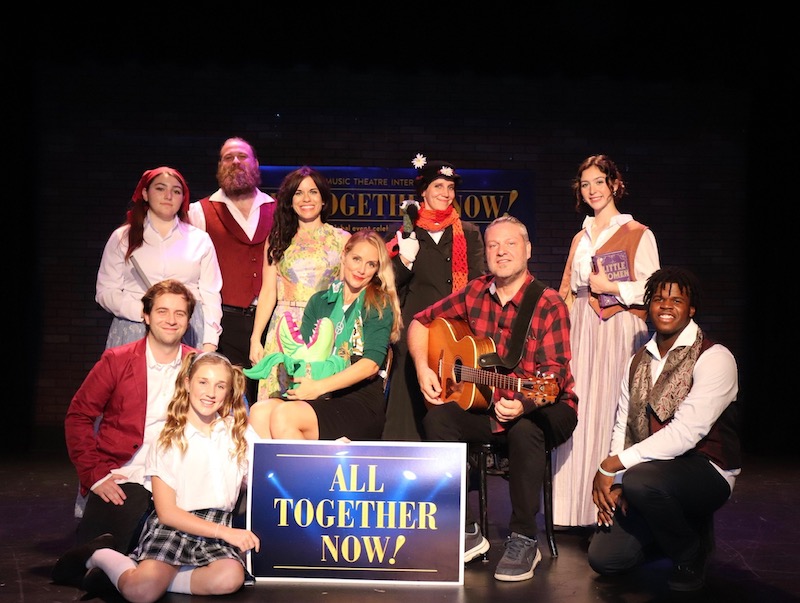 The Show Must Go On!

Bluffton’s biggest little performance troupe, May River Theatre, announces its triumphant comeback with All Together Now!

This past month, Broadway celebrated its grand reopening with a massive, televised blowout boasting some of the great white way’s biggest stars. Having been shuttered for more than a year during the COVID pandemic, the most legendary performers in the business had been champing at the bit to hear a round of applause once again, and the world watched as the curtain rose.

That’s all well and good for Broadway, but what about those theatres across the country that don’t get a televised special? For them, this pandemic has been even harder, with no certainty of packed houses and lucrative merchandise sales waiting on the other side.

“When COVID hit, we were supposed to have a show two weeks after that,” said May River Theatre board president Beth Schlieger. Compounding this horrible timing was the fact that MRT’s home for the last few decades has been Ulmer Auditorium, which, being located entirely within town hall, was under a lockdown long after the first stay-at-home orders were rescinded.

“We didn’t have access to our theatre, so we were trying to make it work,” Schlieger said. “We did pop-up events at the Heyward House, The Complete Works of William Shakespeare (Abridged) at Coastal Discovery, and this summer we did Big Fish at May River High School.”

Back in their home theatre, the troupe finally gets to celebrate Ulmer Auditorium’s beautiful new look, with the old drop ceiling taken out, gorgeous new light fixtures added in, and the sound completely updated. 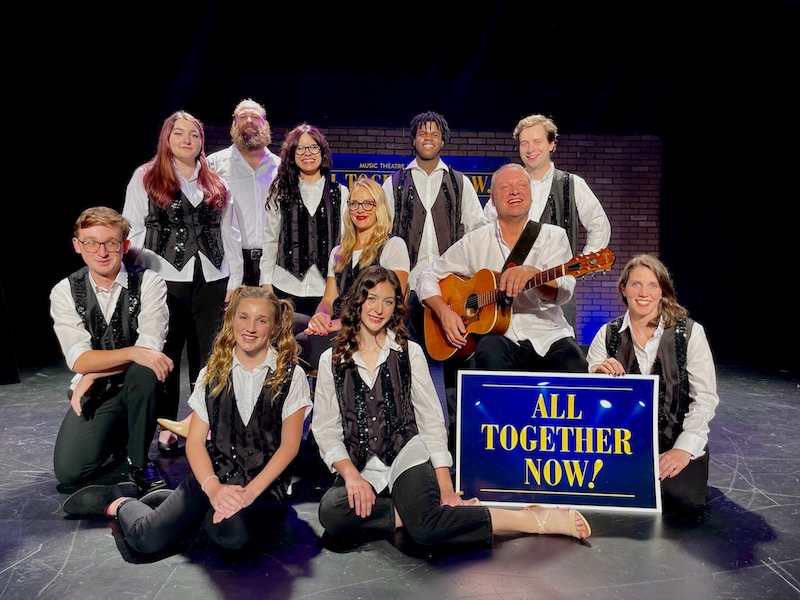 “The renovated space is so cool. Back when they renovated town hall, they didn’t touch the theatre. They just renovated around us,” director Michelle McElroy said. “Then, right after they renovated it, COVID shut everything down.”

And while there may not be any splashy TV specials commemorating it, May River Theater is still back in a big way. “We’re just really excited,” Schlieger said. “COVID threw a lot of wrenches in everyone’s plans, but it gives you the opportunity to think about how you reinvent yourself, and it gave us time as a board to reflect on where we’re headed and what we do.”

The first thing they’re doing is welcoming the Lowcountry’s theatregoers to the biggest little auditorium in the South for their triumphant staging of All Together Now!: A Global Event Celebrating Local Theatre. This revue, covering some of Broadway’s greatest hits, is part of theatrical licensor Music Theatre International’s mission to help theatres big and small across the country make their return to the spotlight. “A lot of these songs, we just wouldn’t have access to,” Schlieger said. “I see this as a great opportunity.”

The eclectic show runs the gamut, featuring songs from Charlie and the Chocolate Factory, Disney and Cameron Mackintosh’s Mary Poppins, Disney’s Newsies, Fiddler on the Roof, Les Misérables, Little Shop of Horrors, Mamma Mia!, Matilda, Rent, and a host of other Broadway favorites.

Performing these numbers will be a group of 20 performers from all over the Lowcountry, including MRT veterans like Aidan Tibbitt, Daniel Bittick, and Harper Krimm among others (including backstage dresser Lily Beck, who gets a turn in the spotlight). There are also new faces like Rashad Gadson, who will feature in Jekyll & Hyde’s “This is the Moment,” while performing the herculean role of ensemble member in nearly every other number. (“It’s all big numbers, and it’s all back-to-back,” he said with a laugh). Theatre fans from north of the broad will have seen Julie Seibold in a number of productions up in Beaufort, and now they can witness her Bluffton debut as Mary Poppins.

“I actually had a Mary Poppins costume I made for Halloween, so I dressed up for my audition,” Seibold said. “I had a lot of fun doing that—maybe too much fun.”

Another player making her MRT debut will be Sarah Clemmons, a familiar face around Bluffton, performing what she refers to as “the thirstiest song in Broadway history,” “Take a Chance on Me” from Mamma Mia! “I haven’t been in any shows since college, but they sent me the info on this and I felt like it was right up my alley,” Clemmons said.

And those are just a handful of the talented performers who will take part in All Together Now!, carrying on May River Theatre’s grand tradition of being a true community playhouse. “Over half the people in this cast I’ve worked with previously in other shows,” McElroy said. All Together Now! marks the third show that McElroy, well-known in the community as theatre director at Hilton Head Christian Academy, has directed at May River Theatre, after Little Women and The Outsiders. “It’s an awesome little community of people … I think directing at May River Theatre is my favorite because it’s so laid back,” she said. “Everyone’s here to have a good time. It’s true community theatre as it’s meant to be.”