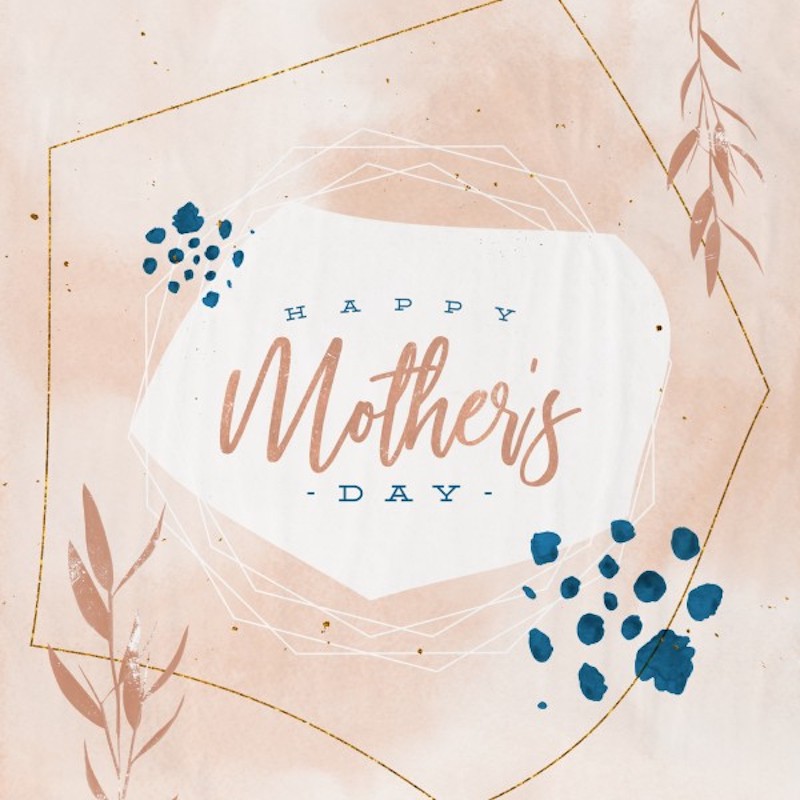 Barry Kaufman and Courtney Hampson
By The Kaufman Boys Not that long ago, Courtney decided once again to come out of retirement and present me with a gift: another opportunity to squabble with her on the printed page. I always treasure these opportunities, but to be honest I was a little taken aback by her choice of topics. Now I […] 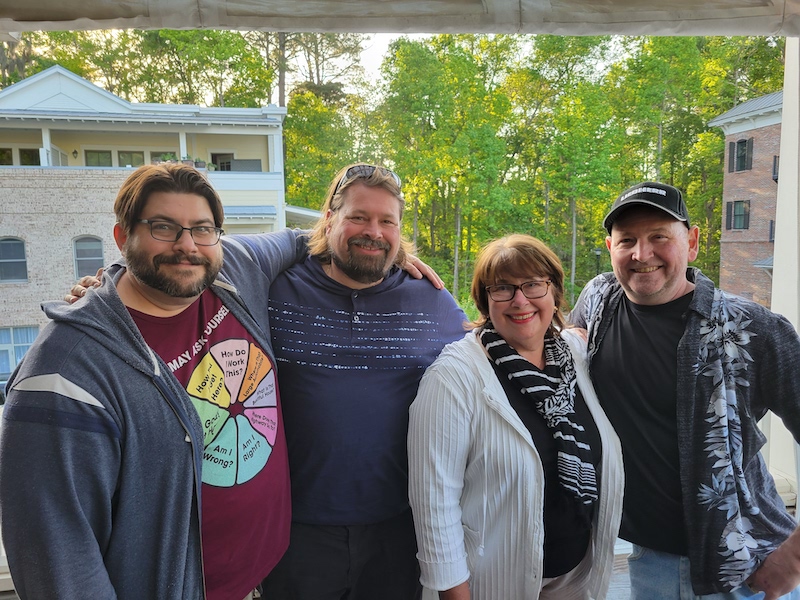 By The Kaufman Boys

Not that long ago, Courtney decided once again to come out of retirement and present me with a gift: another opportunity to squabble with her on the printed page. I always treasure these opportunities, but to be honest I was a little taken aback by her choice of topics.

Now I want to make it very clear that I have never met Courtney’s mom, so I have no basis of comparison on which of our moms is “the better mom.” I will say if Courtney’s mom is anything like her daughter, she’s a lovely person. A lovely person who never answers emails.

But, as I pointed out to Courtney, my mom’s name is on the wall of fame at Bluffton Self Help, Courtney’s new office. She’s up there because of the work she did to help the neediest and most vulnerable in the community. Courtney, in all her modesty, pointed out, “Yeah, her name’s right below mine.”

She did it because she is the best person I know and, by extension, the best mother.

There’s something else I didn’t mention to Courtney. I have brothers. And while historically we have never agreed on anything, we agree on this: Linda Kaufman is a saint.

Gentlemen, take it away. Rob’s up first.

Rob: First, there’s is no such thing as the “best mother.” The best mother is your mother. I’m a father, and I take a knee to the mothers of the world. They all do the heavy lifting. We are just here to work the BBQ.

But why is my mom the best? For brevity’s sake, I will say it’s the humor and strength she has instilled. Along with our beloved Willy, she raised three boys. I am the eldest, Bryan in the middle and Barry, the instigator of this article, the youngest. I would argue that many within the greater Bluffton area have met either Barry or me, and one thing that seems universally agreeable to all: we make people laugh. Bryan lives in Cleveland. And there’s nothing funny about that. We are working on him.

(NOTE: Comments like this are why Bryan and I pushed him down the hill in a trash can once. —Barry)

But Mom was the one who would always laugh at our antics, encourage us to be ourselves, get us into theater and school plays and simply realize: “have no fear.” Poor Willy was the one who had to hear us try our jokes out and insult each other in ways that would make a shock jock blush. I recall one time at the dinner table when Barry and I were trading barbs and he made me spit-take milk all over my dad’s outstretched arm. I’m 10 years older than he is, but the two of us sat in time out in the stairwell for that infraction.

But Mom was the one who laughed with us. Maybe it was at us, I don’t know. But the strength she imparted through that type of encouragement can’t be measured. We each have our own kids now, and I see that strength in each of them. That’s so cool to see and scary at the same time.

As the one that my mom repeatedly calls her “golden child,” we’ll let my brother Bryan have the last word.

Bryan: I’m hesitant to wade into this exchange. Can’t we just make a few “Your Mama” jokes and call it a day?

I’ve never met Courtney or her mother. I’m sure they’re both lovely people. However….

As an ADHD kid in the 1980s (where the solution was to “throw Ritalin at it!”), I put my mother though indignities and embarrassment that don’t bear repeating here. Suffice it to say that my jackassery resulted in regular calls from the school and angry neighborhood parents.

In short, Mom was the “fun police,” and conviction rates were high. Thankfully, I eventually got older and far less prone to impulsive hyperactive fits of moronic behavior. Our relationship eventually became something akin to the deep friendships that are formed in foxholes—a battle-hardened bond salved with love and humor.

I guess what I’m getting at is this: my mother’s patience and perseverance during the period from 1983-1987 alone should qualify her for sainthood. As a parent myself, I (almost) feel guilty that none of my kids have put my wife and me through anything close to what my mom and dad endured on my account. Perhaps it’s because they, too, have a wonderful mother who loves them no matter what. I guess that’s what being a mom is all about.

But what do I know? I’m just here to work the barbecue. 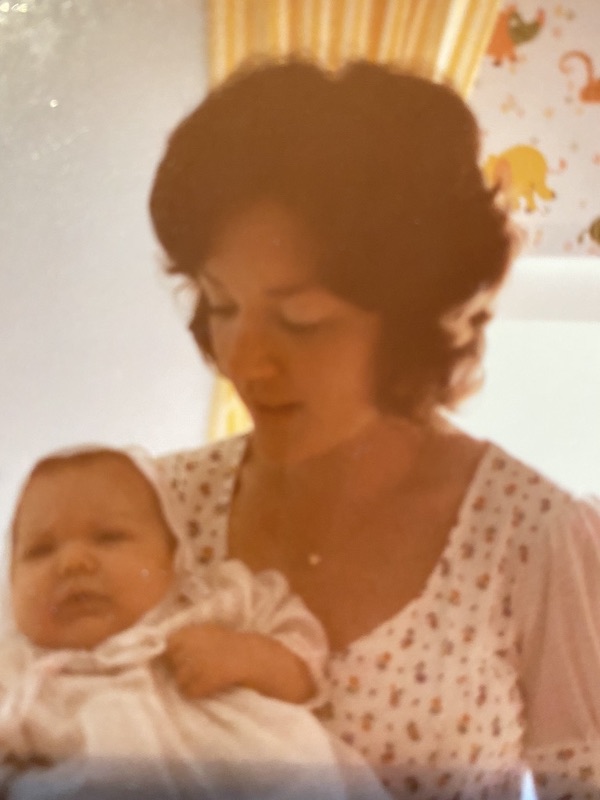 My friend Jen’s mother passed away last week after a long battle with metastatic breast cancer. Jen texted me midday with the news and I crumbled. I didn’t know Jen’s mom, had never met her, but my heart ached for my friend and the idea of never talking to my mom again.

My mom will tell you that I am not much of a talker. I prefer to write my feelings … and as the readers here have been witness to, I don’t shy away from sharing the tough, uncomfortable stuff. Admittedly, sometimes my mother learns things at the same time as my readers.

To that end, my mom will likely learn something reading this that I haven’t told her before. And that is why we are here. Barry and I return to the debate stage to argue who has the best mom. Now, I know Barry’s mom, Linda. I met her more than a decade ago when we served on the Bluffton Self Help board together. She is smart, committed, selfless and no-nonsense. She is vibrant and funny, and I have nothing but respect for her. But, if we’re stacking Linda against Eileen Hampson, in the life of Courtney Hampson, how could Eileen not come out on top?

I learned everything I know about doing the right thing from my mom. My most vivid memory is three decades old. It was 1990, I was a senior in high school, and I got called down to the principal’s office. My mom (a teacher in the same school district) was there when I arrived.

You see, the night before, I had stood up at a Board of Education meeting and demanded that girls’ sports teams get the same support as the boys’ teams. I talked about the condition of our fields versus the boys’ fields and how our varsity team would take off our uniforms for the junior varsity players to wear after we had just sweated in them for more than hour. The story was in the newspaper the next morning. And the school district was not pleased with me or my mom, by association.

While the principal and my guidance counselor grilled me for not following the “proper chain of command,” my mother held eye contact with me and silently smirked. I knew then that speaking my mind, standing up for what I believe, and calling attention to what is wrong will always be right.

I didn’t get in trouble. In fact, 15 years later when my mother packed up her house to move to Bluffton, she still had that newspaper story in her kitchen drawer.

My mom’s badassery didn’t start—or end—there. She was the first person in her family ever to graduate from college and eventually went on to get her master’s degree.

She was a working mother, who never missed a soccer game, softball game, field hockey game, band concert, chorus concert, and that one dance recital before we all decided that dance was not going to be my money maker. She was there for everything.

She lovingly accepted my friends as her friends and despite a couple decades of questionable relationship choices, she always made my partners feel like they belonged (even if she knew they didn’t).

She nursed me back to health after my first (and second) pregnancy loss, and I learned later that she had suffered the same.

She helped me buy my first house and stored all my furniture in her garage when I sold my second one.

She has painted at least one wall in every house I have lived in. She also pulled every carpet staple from a 100-year-old hardwood floor.

She was at my first press conference, for my first real job, and made sure Senator Frank Lautenberg (N.J.) knew she was my mom.

And when she walks into a store that sells a book with my name on the cover, she makes sure everyone knows that is her daughter.

She made a big deal of every birthday, holiday, lost tooth, graduation. She still does. And she instilled in me the importance of a generous heart.

She still offers to dog sit, even after being dragged down the street by every dog I’ve ever had.

When I was little, she would sing “You Are My Sunshine” to me every night before bed. Hearing that song still brings me to tears. Those words are painted over my kitchen window, so when she isn’t with me, she is.

And as each year passes and I do something that makes me think, “You’re turning into your mother…”

… I couldn’t imagine anyone else I would like to be.

END_OF_DOCUMENT_TOKEN_TO_BE_REPLACED

Driven: The great American love story between classic cars and the men who drive them

Love drives us crazy. What draws us or makes our eyes light up and why is the great unanswerable question, whether that’s a person, a song, a place—or one particular car, made one year, in one perfect color. Muscle cars, luxury sports, collectable classics, flatbeds...

END_OF_DOCUMENT_TOKEN_TO_BE_REPLACED

The Dad Life: Jevon Daly’s “You Kiss My Daughter” gets a re-release, with a video that’s every bit as goofy as you’re expecting.

There are certain expectations that come with fatherhood. There are the mundane ones: when a drain needs snaked, you’re going to be the one to do it; when the grass gets too long, you’re going to mow it; when an argument between kids needs to be settled, you’ll be the...