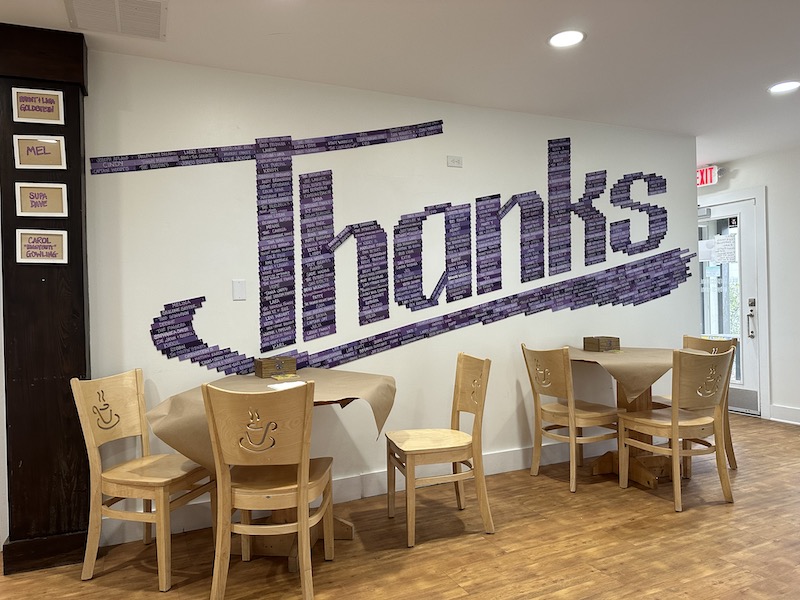 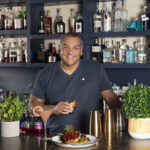 “I need you to go check the back of my car! See if there is any powdered sugar in there! If not, I need you to go to the grocery store as fast as you possibly can.” It’s just before 9 a.m. It’s like a fire drill in here. Electric mixers are whirring on both […]

It’s just before 9 a.m. It’s like a fire drill in here. Electric mixers are whirring on both ends of the room. It’s 9 days until Christmas, and there is a lot of baking to be done. There always is this time of the year.

All the way through the night?

“Yes. There is just no other way to get it all done.”

“She,” in this instance is Lisa Bernstein, “Bernie” to any regular on Hilton Head Island—owner and founder of The Purple Cow, one of the most popular bakeries on the island. It has been for just about the entire seven plus years she’s been open.

And now she’s closed. Yes, for good. In a brick and mortar, at any rate.

December was a wild one for Bernie. Much wilder than a regular holiday grind, physically as well as emotionally. The day after Thanksgiving, Bernie received a letter from her landlord. Her “common area fees” would be going up. Again.

After a very short week of back and forth with said landlord, it was decided she would submit a 30-day notice and close. It was just too much to absorb anymore.

“I spent $30,000 moving here from Port Royal [shopping center on the north end of the island]. I’m still paying that off.” she said. “I just didn’t want to do it anymore.”

Even with six employees at the end, the hundred-hour weeks had their very own way of eroding her will to continue the grind with no end in sight. She won’t say so, because she is sad to give up her gathering spot for the regulars, but the off ramp was hard to ignore once the reality of closing her shop became reality.

“I didn’t give it a lot of thought at all,” she said. “I knew almost immediately I was done. This location was supposed to be my forever spot. Now, it’s not, so it’s not. I’ve gone through all the stages of grief. I’ve been mad, sad, happy—all of it.”

She will not dance around the fact that she will miss interacting with her clients regularly. Bernie is an electric personality who never met a stranger. In an hour’s time at the shop, you could hear Def Leppard, Ozzy Osbourne, Guns and Roses or Queen playing in the background. That isn’t exactly the kind of music you’d expect to hear on Hilton Head Island while enjoying a scone or crustless quiche with your coffee, but that’s Bernie. She’s clearly a child of the ’80s—pure energy.

Her appreciation for her clientele is on the wall of her bakery—a 15-foot-wide “Thanks” sign made up entirely of the names of islanders who helped her open her first brick and mortar in June of 2015. Anyone who has been to The Purple Cow has seen it. It became iconic on the island.

“Some of the names on that wall are no longer with us. I kept those,” she said.

December included a fire sale at the shop. Everything she didn’t use for baking was for sale, including the purple couches. Everything had to go. There won’t be another brick and mortar Purple Cow anywhere on this island—or any other island for that matter.

What will continue, however, is the baking. Bernie has immediately pivoted to the model that made her famous around here. There’s a commercial kitchen she has agreed to use at night to fulfill her orders, because those haven’t stopped and very likely won’t.

“I kept the same name, the same website, the same phone number, the same menu,” she said. “Everything I do is exactly the same. I just won’t be here every day.”

Her cheesecakes are a staple. They are available any time. As are so many of the other things she makes that the island has come to love.

Someone asked her for a favorite. “I make them all! I cannot pick a favorite,” she said.

“My plan is to bake at night—maybe go out to the beach and see the sun rise if I want to, then go home and take a nap,” she said.

Ultimately, and the part she is most looking forward to most is having every day off.

“Now, I will be able to have dinner with a friend if I want. I will be able to go back to kayaking like I used to if I want,” she said. “For seven years, I’ve had no life. I’m excited to get back to it … and cut out a majority of my expenses.”

Not a bad plan for a very young 56-year-old who suddenly has a whole lot more time on her hands. “I’m going to watch the sun rise,” I heard her mention to a third customer in a 45-minute span.

“Yes, I am. And I’m looking forward to it. Just remember, any time you want to set up a baking class, let me know, and I will do it.”

END_OF_DOCUMENT_TOKEN_TO_BE_REPLACED

When this couple decided to buy a beachfront home, they were specific about what they wanted. Though their current residence is in Los Angeles, California, at the time they lived in Atlanta, Georgia. Married four years, each had visited Hilton Head Island separately...