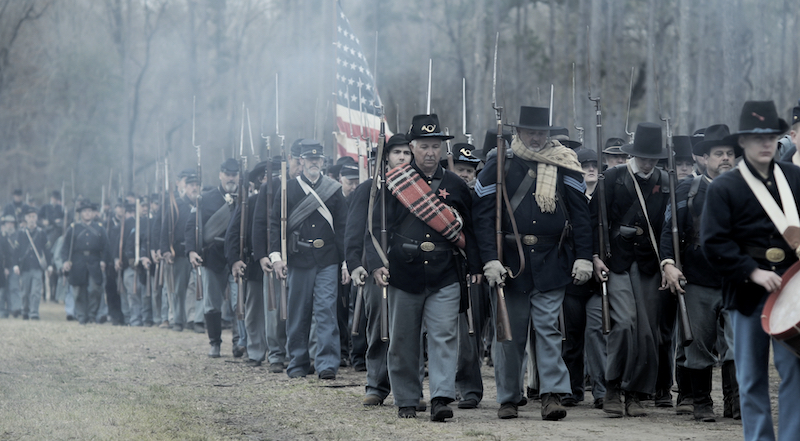 Hilton Head Island businessman Walter Czura has stepped into the movie industry with his first feature length, independent film, Sherman’s March to the Sea, a historical drama which premiered recently at the Poison Peach Film Festival 2022 in Augusta, Ga.

A Georgia born history buff, Czura is excited about his new venture because of his love of both movies and Civil War history. As a result, he is already planning his next film endeavor.

“I’ve dreamt about making a movie for quite some time, and now it has come to fruition,” said Czura, who founded Marlin Outdoor Advertising more than 40 years ago. He is considered one of the most successful billboard entrepreneurs in the Southeast with more than 1,000 locations along interstates and highways in both South Carolina and Georgia.

For the 92-minute movie project, estimated at $1.25 million, Czura is both executive producer and co-scriptwriter. The movie is directed by veteran filmmaker Christopher Forbes who has developed over 30 commercial films that have been distributed as direct sale DVDs through chain store outlets or, more recently, via streaming platforms.

Sherman’s March to the Sea is a historical drama, not a documentary. Its plot follows the gut-wrenching, month-long military campaign that was conceived by General Sherman to terrify the region’s civilian population into abandoning the Confederate cause. Instead, it embittered Southerners for generations that followed. 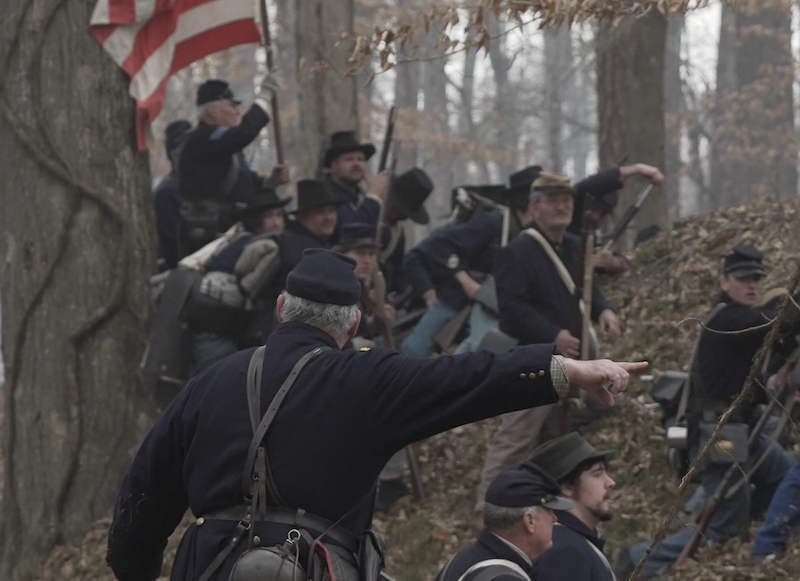 Forbes credits Czura for doing most of the script research, which they then completed together. “I spent several months late at night pouring over historic documents and old books to come up with true-life anecdotes during the campaign that would be interesting for the script,” Czura said. “Our goal was to create a series of vignettes that would carry forward the storyline, presenting the intense emotion of the campaign from a balanced perspective between four separate groups: the two opposing armies, plus the civilians living along the path of the march, and the slaves who were freed along the way.”

Czura points out that slaves who were freed along the way by Union soldiers as the Army pushed forward from Atlanta toward the Atlantic Ocean “ended up becoming America’s first freedom march.”

“There were more than 60,000 federal troops and nearly 10,000 freed slaves fanned out over 50 miles wide and moving toward the sea at a pace of six to 10 miles per day,” Czura said. “Sherman’s army covered more than 280 miles in five weeks, but unfortunately there were also roving gangs called ‘bummers’ who shadowed the march and took advantage of the chaos by raiding and pillaging individual farmhouses and even small towns.”

Forbes used more than 500 re-enactors to stage most of the marching and combat scenes. He explains that the goal of the movie is more than to just entertain, but also to help audiences better understand the human trauma that impacted entire communities during this period.

The co-writers achieved their objective by creating a series of vignettes that effectively carried the storyline to its conclusion on the outskirts of Savannah, where General Sherman wired a telegram on December 23,1864 to President Abraham Lincoln: “I beg to present to you as a Christmas gift the City of Savannah.” 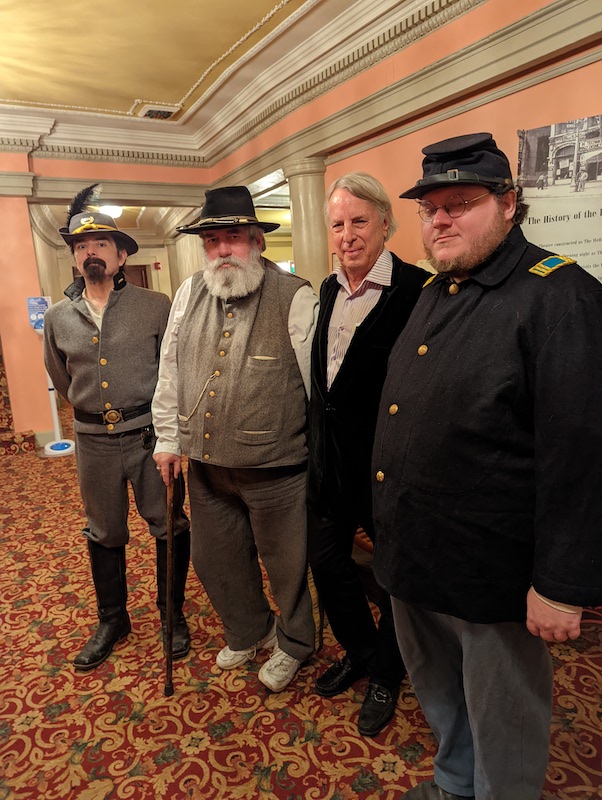 Executive producer Walter Czura (2nd from right) poses with three of the movie’s actors at January’s premier in Augusta, Ga at the historic Imperial Theatre.

Sherman’s March to the Sea doesn’t shy away from showing the tragedies of war. There is a compelling incident at Ebenezer Creek near present-day Rincon, Ga., where federal troops, fearing for their own safety, pulled up a pontoon bridge, leaving behind nearly 100 newly freed slaves to drown.

Czura’s film is currently undergoing final revisions for the movie distributor purchasing it. Czura, with his newly formed company, Fortress Films, is already looking forward to his next motion picture with a larger budget to include some better known actors. “I’m expecting it will be an action drama set here in the Lowcountry,” he said.