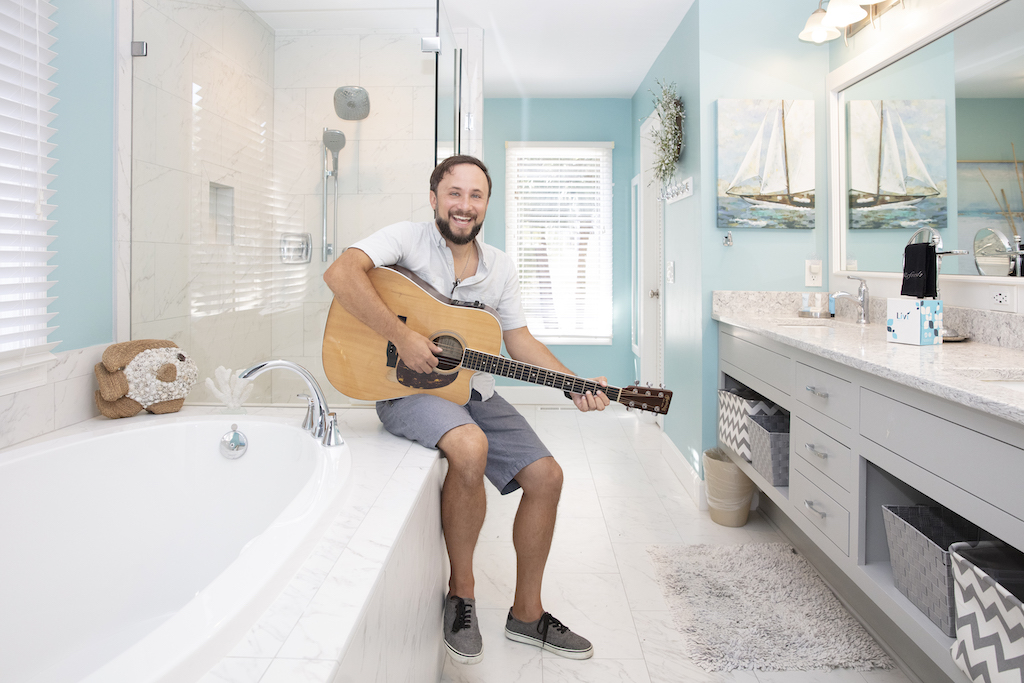 M.KAT Photography
What’s your sign? Aries Most underrated song that, in your opinion, should be a classic? Any Nick Drake song Biggest compliment you’ve ever gotten from a fan? Kenny Roger’s wife said the way I played “The Gambler” was “nice.” Not sure she was a fan, though. Do I have fans? I have one that I […]

Most underrated song that, in your opinion, should be a classic?
Any Nick Drake song

Biggest compliment you’ve ever gotten from a fan?
Kenny Roger’s wife said the way I played “The Gambler” was “nice.” Not sure she was a fan, though. Do I have fans? I have one that I bring when it is hot during the summer.

Favorite piece to perform?
The songs I wrote for my kids. The one for my youngest is coming, I promise.

What do you sing in the shower?
I normally don’t because I get to thinking about so much in there.

At what venue do you most like to perform?
If I had to decide … Coast in Sea Pines, simply because it was the very first gig I played after moving here. It brings back good memories, and it’s right on the beach with the most beautiful views.

Most requested song at shows?
Of all time, “Wagon Wheel,” although “Amie” has suddenly made a comeback here lately.

First concert you attended?
My parents took me to see Mark Farner of Grand Funk Railroad when I was five or somewhere around that age. I was hooked from then on.

Place you go to get away from it all?
The beach

Who would star as you in the epic retelling of your life on film?
Peter Billingsley. For some reason people say I look like him, especially in the movie Elf.

First instrument you learned to play?
Technically guitar, but I was rockin’ the organ with my grandpa before that.

Song you were thrilled to finally master?
“So Much To Say,” by Dave Matthews

What do you wish you knew more about?
God

What animal do you most identify with?
Cat

If you got super famous and had to change your name, what would your new name be?
Jason. Literally, just Jason … probably with some fancy sign after it in an attempt to be like Prince.

What famous musician would you love to sing a duet with?
Jevon Daly 😏