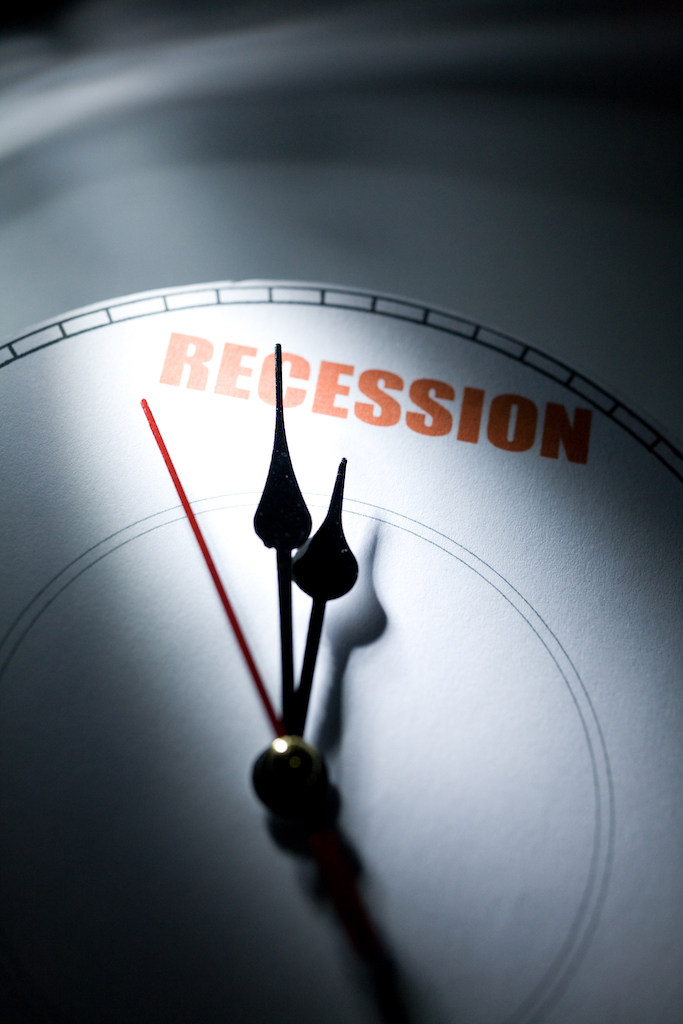 How to Prepare for a Recession

Dreamstime Images
In the Lowcountry, during any given hurricane season, we never know in advance if a major storm will hit us. But we know it’s always smart to prepare in advance. In a sense, that’s where the U.S. economy is now. Some indicators are signaling an economic storm is headed this way.

In many ways, an economic recession doesn’t seem likely. Traffic is heavy, restaurants are crowded, airports are jammed, the summer real estate market was hotter than ever, and unemployment is at a 52-year low. If jobs are plentiful and the economy is hot, how can a recession be on its way, and what does this mean for consumers?

Well, let’s just say that the sun may be shining today, but that doesn’t mean the storm won’t come this season. That’s why we prepare in advance.

What is a recession?

The traditional definition of a recession is two consecutive quarters of declining gross domestic product (GDP). In translation, that’s six months of a slowing economy. By this definition, the U.S. economy entered a recession on June 30, 2022. But some economists (and a handful of politicians) say, “Not so fast.”

The entity tasked with the responsibility of officially calling the beginning and ending dates of a recession is the National Economic Bureau of Economic Research (NBER), and they have yet to announce, as of this writing, that the U.S. has entered a recession. The NBER’s definition of a recession is “a significant decline in economic activity that is spread across the economy and that lasts more than a few months.”

Are we in a recession now?

A reliable way to know if we are in a recession is to look at history, which reveals that the classic signs of a recession are rising unemployment rates, falling consumer confidence, falling stock prices, and a technical indicator called an “inverted yield curve.”

By mid-year 2022, all but one of these indicators were flashing recessionary warning signs: Consumer confidence has been generally falling since late 2021; the stock market peaked on January 1, 2022, then fell by more than 20 percent, officially entering a “bear market,”; and the bond market flashed the inverted yield curve warning in March and July of 2022.

Note: An inverted yield curve essentially means that the yields on short-term bonds are higher than the yields on long-term bonds. This is the opposite of normal and has predicted 100 percent of recessions since World War II.

The one key economic indicator that has many economists hesitating to make the official recession call is unemployment, which hit a 52-year low in July 2022, as U.S. employers added a surprisingly high 528,000 jobs to the economy that month.

Indirectly, the hot economy is what may ironically lead to a slowing economy. With prices rising on almost everything, especially rents for housing and gas at the pump, Americans are already cutting back on their spending. Compounding the challenge from the higher prices of goods and services, the Federal Reserve is fighting inflation by raising their key interest rate, which then causes rates to rise on many debt instruments, such as mortgages and credit cards. The idea is to cool down inflation, but it’s possible that the double-whammy of inflation and higher rates will send the economy into recession. If the U.S. economy doesn’t enter recession, it will at least slow down significantly later in 2022 and into 2023.

What should you do financially to prepare for recession?

When it comes to personal finance, it doesn’t matter that much what the government says about the U.S. economy; what matters most is your personal economy. Some people are already in their own recession now, while others could be headed in that direction if the broader economy weakens further.

Although we may not be fully in a recession now, there are some things you can do to prepare your finances for a potential economic slowdown in the coming months. Some of the key things to think about to prepare for a recession include building an emergency fund, reducing expenses, paying down debt, and reviewing your investments.

If you don’t have a sufficient emergency fund, now can be a good time to strengthen it. Most financial planners recommend having between three and six months of living expenses in a liquid account. So, if it costs you $5,000 per month to live, you may want to build your savings account balance to at least $15,000 and up to $30,000. In general, your emergency fund should be on the high side of the range if your job is not secure and you have dependents living with you at home.

In a world full of small expenses, such as lattes at the coffee shop, streaming television, Amazon purchases, and subscription services, it’s easy to unconsciously allow them to eat a large hole in your budget. And when you get hit on both sides with inflation and recession, these small purchases really add up.

The best way to cut back on unneeded expenses is to track your spending for up to three months. You can do this by reviewing monthly bank statements and credit card statements. Identify the purchases you make that aren’t necessary and either reduce them or eliminate them.

Possibly the worst thing you can do during a recession is to sell your investments in a panic. It’s wise to stick with your plan, no matter what the stock market is doing. There’s a wise saying: Time in the market beats timing the market. What this means is that it’s not wise to invest only in good times and try to time the market by selling out to cash to avoid the bad times. Many of the largest gains in stocks are in the days following a market bottom. A recent study by Putnam Investments revealed that an investor’s returns are cut in half by missing the 10 best days of each year.

Although the bottom for stock prices may not have been seen yet, long-term investors can “dollar-cost average” down in increments. This means that your new purchases are buying shares of investments at lower prices, which will make them recover more quickly when the stock market resumes its general direction upward again. For most people, the best way to accomplish this is to continue regular contributions to long-term investment accounts, such as an IRA. If your employer provides a 401(k) with matching contributions, try to continue making at least enough contributions to maintain the maximum match.

If you are depending on investments for income, it’s best not to be heavily invested in stocks. For almost any investor, especially retirees, it’s wise to diversify between stocks, bonds, and cash. For sophisticated investors, adding commodity funds, Treasury inflation-protected securities, or I-bonds can be wise during inflationary periods.

To summarize, recessions can be like hurricanes. The professionals who watch them often see signs of them coming, but it’s nearly impossible to know very far in advance what their impact will be or even if they will hit us directly. Thus, it’s wise for those of us who may be in the path of the storm to be prepared.

Kent Thune, CFP®, MBA, has 23 years of investment management experience and has navigated his clients through some of the most challenging economic conditions in history. Thune is the owner of a Hilton Head Island registered investment advisory firm, Atlantic Capital Investments, LLC. His financial guidance has been published in some of the most widely read investment websites, including Seeking Alpha, The Motley Fool, Yahoo Finance, and Kiplinger.com.

Outlook on Interest Rates and the Housing Market

If you’re thinking about buying or selling real estate, refinancing a mortgage, investing in the stock or bond market, or you’re just curious about the near-term future of the U.S. economy, you’ll be interested in the future direction of interest rates. If you don’t...

END_OF_DOCUMENT_TOKEN_TO_BE_REPLACED

We already know Hilton Head Island and the surrounding Lowcountry is where the masses migrate for good food and that everyday vacay feel. As the summer winds down, cooler breezes kick up, and oysters steal the show, we hear another fight song calling us together, and...

END_OF_DOCUMENT_TOKEN_TO_BE_REPLACED

It’s no secret that many of Hilton Head Island’s most popular restaurants are hidden in the quiet corners of our world. They are not necessarily the ones with a water view or a billboard on I-95, but when you want to find them, follow a local. If a packed parking lot...